A family who exercises together, stays together. Jane has been in Arizona working since March.
Man, I miss her so much! 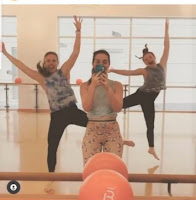 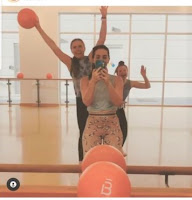 She's been working at a Barre3 studio in Chandler.
Claire worked at the studio as a front desk/play lounge
at the Chapel Hill studio before her mission.

In the fall when Jane comes home to North Carolina, and
after an exciting adventure in Alaska. (More on that later).
She hopes to work in the studio again. (Future instructor??!!).
Recently I got Oliver signed up with a two-week pass. 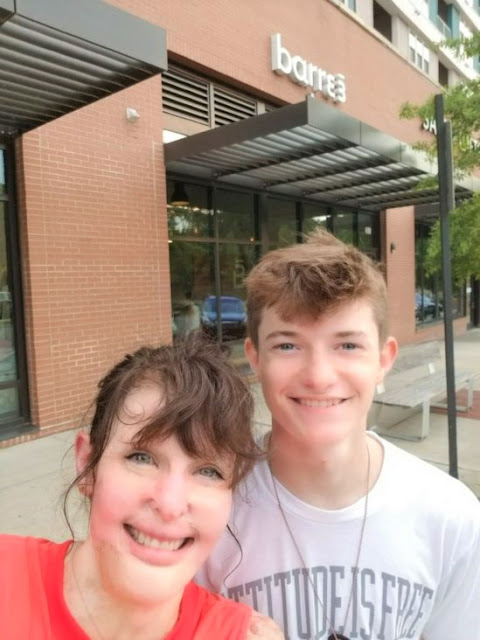 He was definitely hesitant at first since there is some dancing
and major coordination involved, aka girl things.
But as he was doing his research he discovered that there was a football
player in the NFL who also practiced the Barre3 ways.
He also wants special conditioning for his motorcycle training,
and most of those dudes do yoga, pilates, and cardio
which is exactly what Barre3 is.
So, it's a win-win!
We go into the studio with about 20 other ladies and on the days
he has to work and we can't go in, we do the Livestream option.
His goal is to Barre3 every day (taking Sundee off, of course)
until school starts.  So far so good. 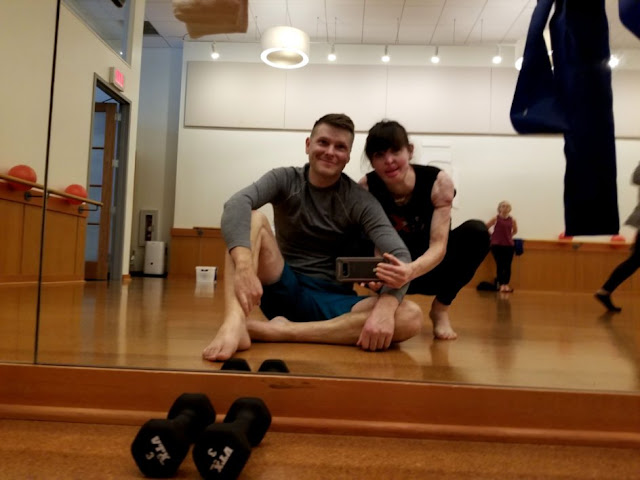 (me and Christian 2019)
Posted by Stephanie Aurora Clark Nielson