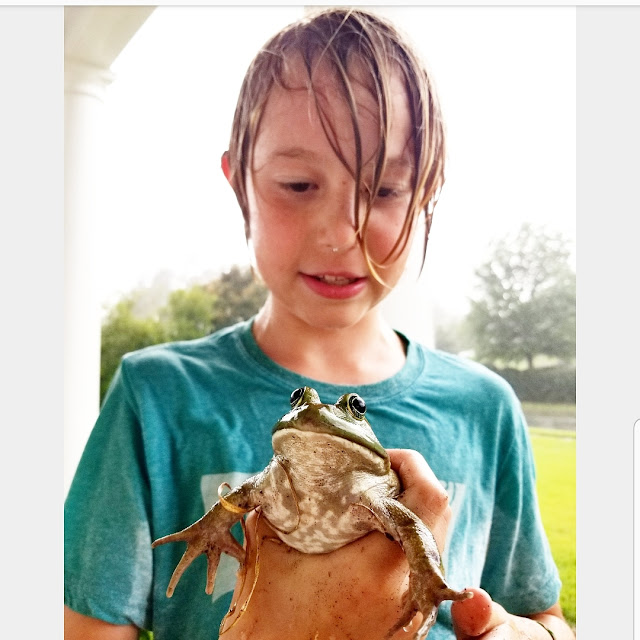 As I was driving down the road this afternoon with a car full of kids,
it began to rain, and I don't just mean rain, I mean pour!
It's been a full year since we've lived here in North Carolina, and I understand
that when there is rain in the forecast, I should plan on lots of it. 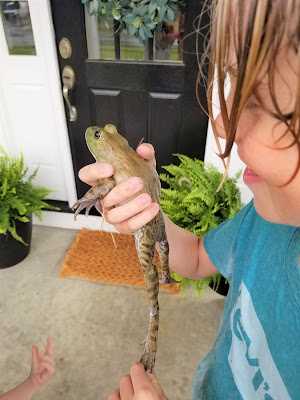 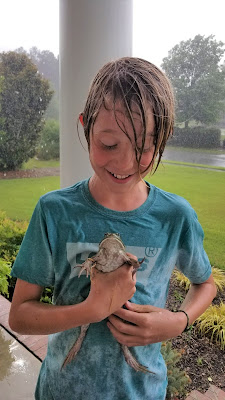 We pulled up to The White House and there in my parking spot
on the drive-way was a gigantic bullfrog staring at us.
Nicholas my creature-lover jumped out in the pouring rain
with Lottie trailing behind.
He grabbed the frog like he was grabbing a bar of soap.
It was slippery and big.
We called him "Spinach" for the next hour.
(I actually don't think I have ever seen a frog that big before). 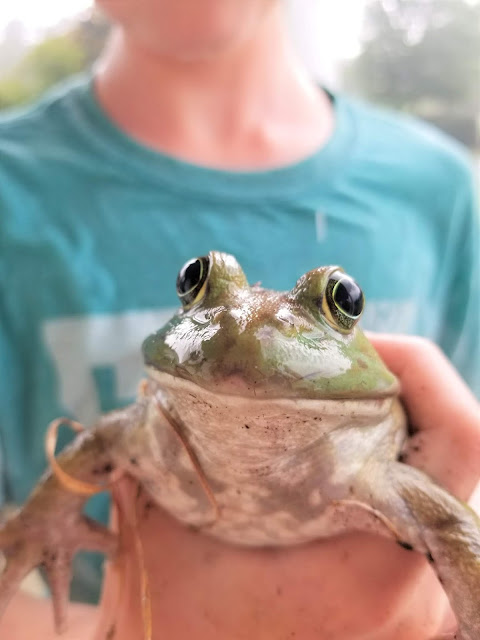 Within five minutes the rain let up and boys were outside riding
their bikes while Lottie and the girls rocked in the porch swings.
I made dinner while Mr. Nielson tried to hook up the printer.
I have an assortment of honey-dos that he has so patiently
taken on when he has the time.

Claire finished her last final yesterday and has officially
completed her Junior year.
Jane has one more final today, and then Friday us gals will
make our way to the NC DMV where we will take the driving test
so we can all have official NC licenses!