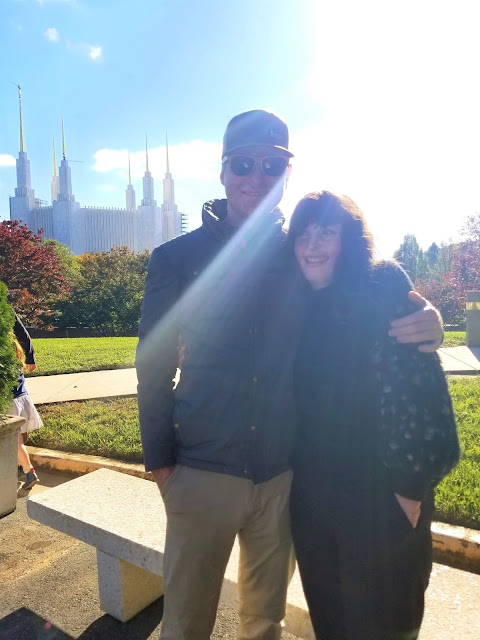 Last night after the Little Nies were settled in the RV
for bed and watching Harry Potter,
Mr. Nielson and I closed the curtain that separates us from
them in a tiny "master bedroom area".
Then we snuggled up together and watched The Sixth Sense.
I closed my eyes probably 87% of the time.  I hate/love scary movies.
I love the idea of watching them, but when it comes down to it,
I  hate watching them.
But it's Halloween, and I have to watch at least one scary movie. 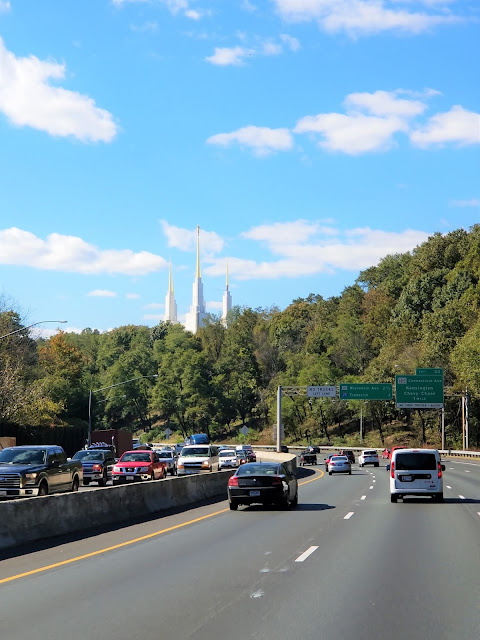 This morning we packed everything up and started back for home.
The RV needs some major repairs done, and honestly we all miss Angus.
We stopped in Washington D.C. for lunch (at Cafe Rio again),
and were stunned to see the gorgeous temple right off the freeway!
When I say stunned, I mean it! We were speechless!  It's beautiful. 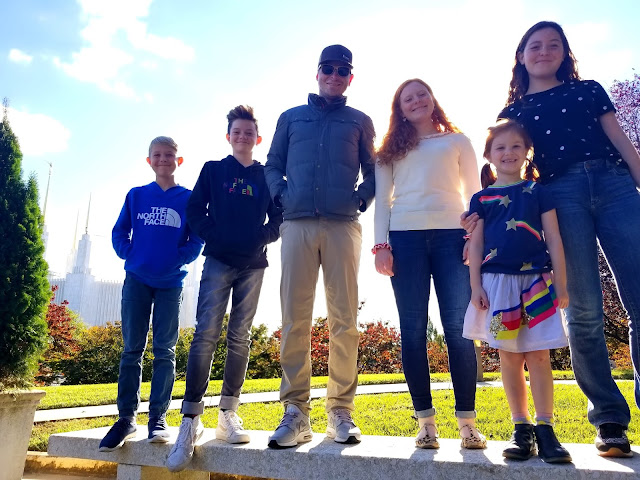 As we pulled into the visitors center there were
Christmas lights being put on all the trees for the
annual light show in December.
The temple is undergoing some major renovations,
but we'd love to come back to the temple when it's open with the Little Nies.
We drove into downtown Washington D.C. and drove past the White House,
(the boys were dying over the snipers on the roof!), Washington monument,
The Capitol, Lincoln Memorial,
and President Trump arriving on the White House lawn. 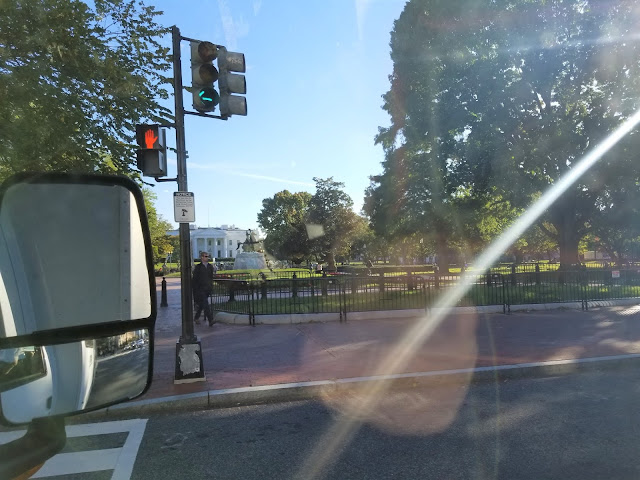 The Little Nies faces were glued to the windows as we saw museums,
monuments, and national treasures!
It was the quick way to do D.C. 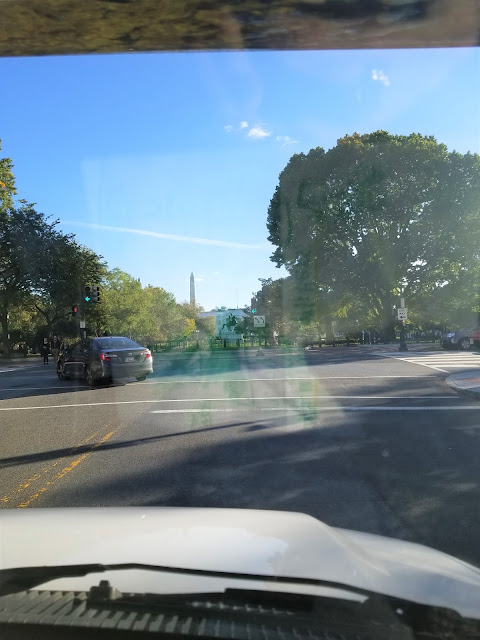 We drove to Richmond, Virginia for dinner and will stay the night here.
In the morning we head back to the Harlow House.
We've decided what we're going to do on our next East Coast tour.
We just need more time!
Maybe this summer when the Little Nies are out of school?
On the way home in the car I read about George and Martha Washington.
What a fabulous couple.  Martha's daughter (George's step-daughter)
had TWENTY THREE children!  What a woman! 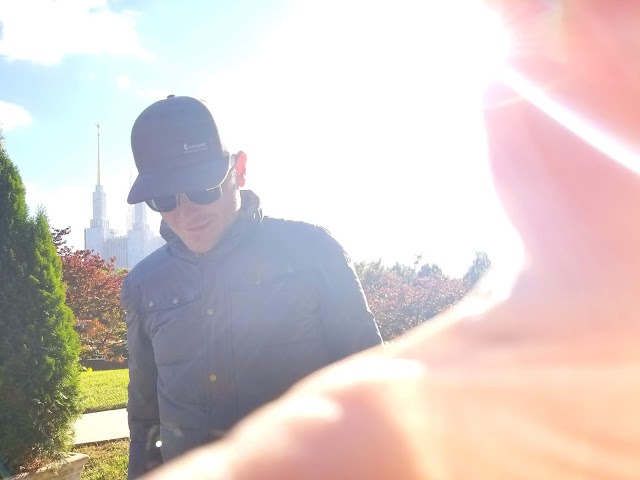 Also at dinner Jane set me up with my own "bitmoji'". 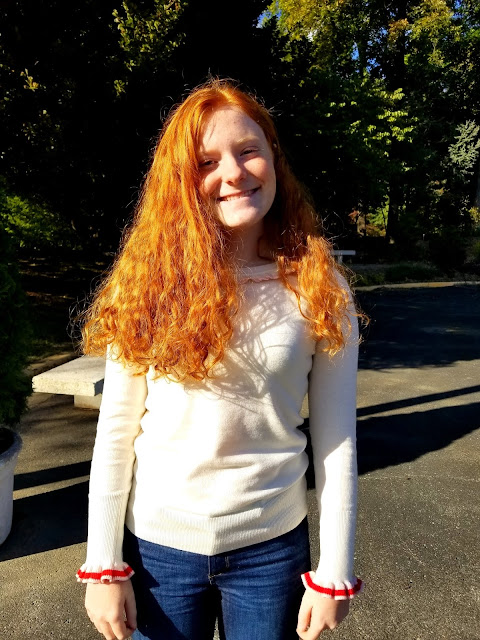 I don't even know what the big deal is about these guys.
I mean, I know they've been around for a while, I just haven't ever had one. 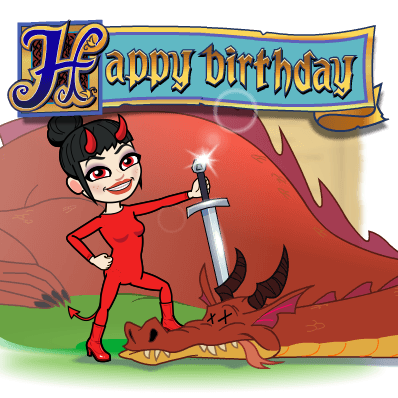 Until tonight at dinner.
Family time is the best.