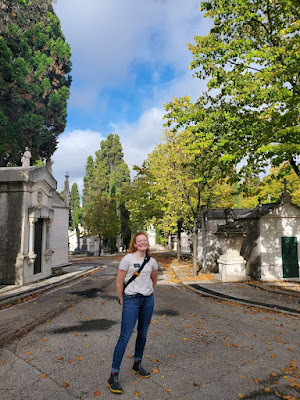 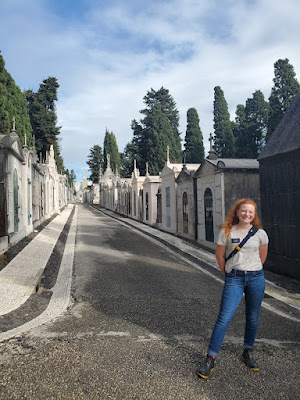 Jane in Portugal October edition:
Just because Jane is away from the country where Halloween
is celebrated... well, it is celebrated the way we do it at our house
Jane suggested to her Zone they visit a fantastic cemetery in Lisbon
on their P-Day. 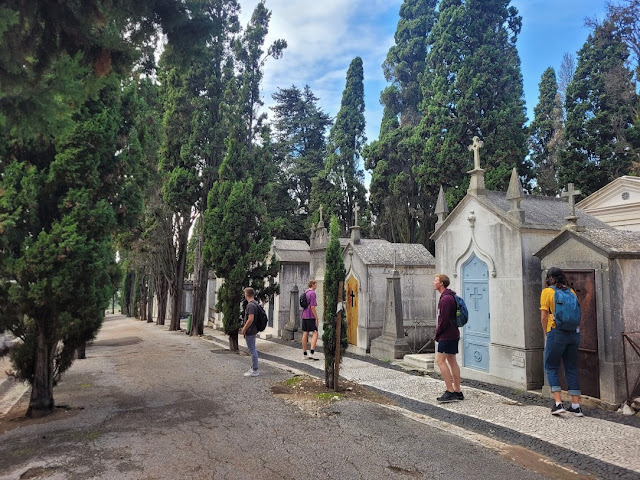 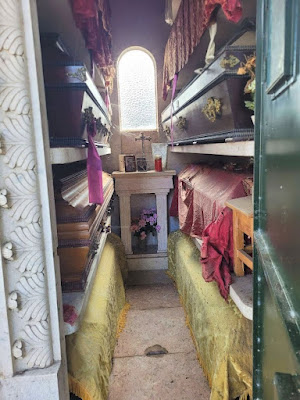 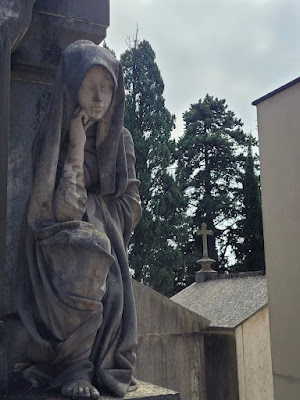 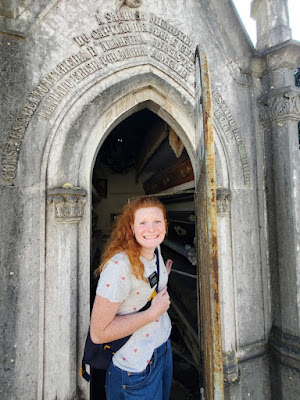 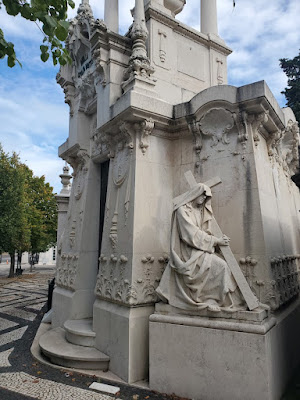 She sent us so many fantastic photos, and I was totally getting
Phantom of the Opera vibes!
She looks so happy, bright, and healthy!
So glad she enjoyed her first Halloween away. 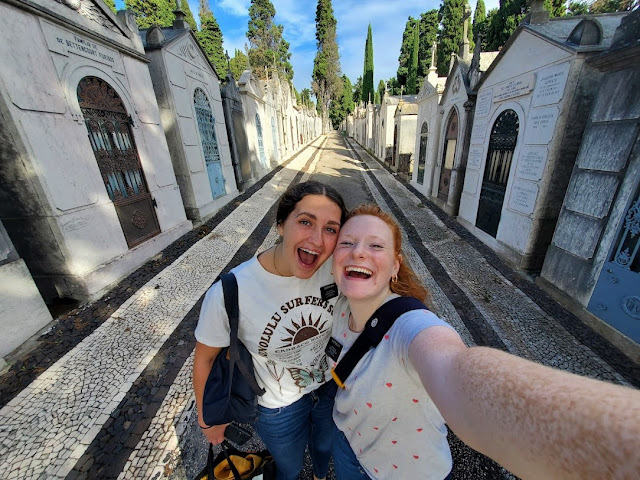 Every time we talk (on Mondays), she seems so good and loves
the work she tirelessly serves 24 hours daily.
She's so brave! She loves her companion, Sister Austin, and they
get along great. For that, I am so grateful!
Azulejo tile part 2: 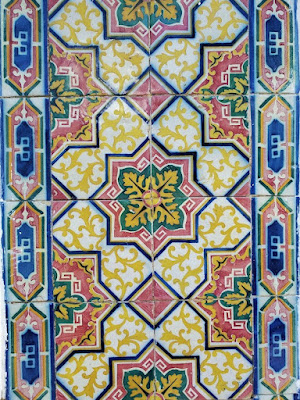 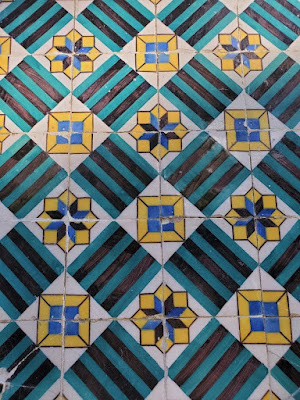 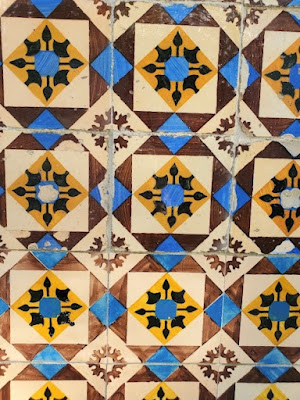 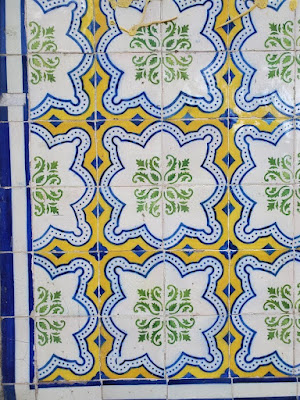 Her Portuguese sounds better, although she is a little
discouraged, wishing she understood more and spoke more clearly.
To me, she's doing fantastic. AMAZING! 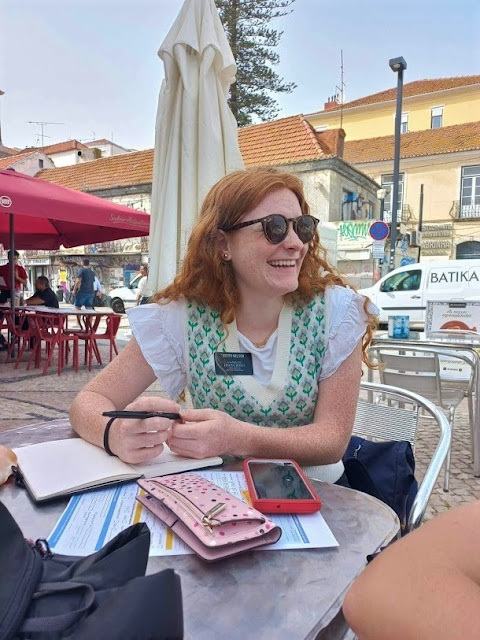 From Jane:
Yesterday we were walking to the chapel and passed a man on the street.
I had a feeling in my heart that we needed to talk to him,
but we had already passed by, and now it was awkward.
The further we got away from him, the stronger this feeling became
until finally, we turned around, yelled, "wait!" and ran back up to him.
We started talking and found out his name is José,
and he is new to the area - he is so cool!
We taught him about/gave him a Book of Mormon and invited
him to the Christmas party on Saturday.
Then we headed back to the chapel. 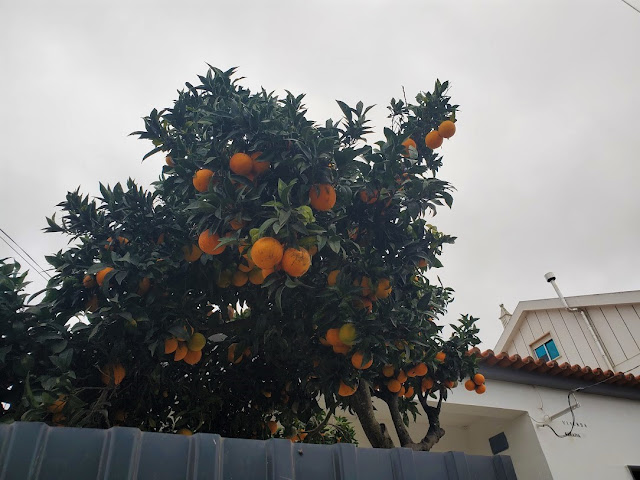 About 10 minutes later, the elders arrived, and so we told them about
our cool new friend José! They asked what he looked like and
then proceeded to describe José perfectly.
It turns out that about 10 minutes after we met him,
the elders passed him on the street and saw that he was carrying a Book of Mormon!
I believe that the Lord put José in our path because he really
needed to hear the message of the restored gospel of Jesus Christ.
And just in case we didn't follow the feeling to talk to him
(which almost happened!), he put the elders on the same path too as backup.
It was a tender moment and reminded me that this was the
Lord's work and He is orchestrating it all beautifully. 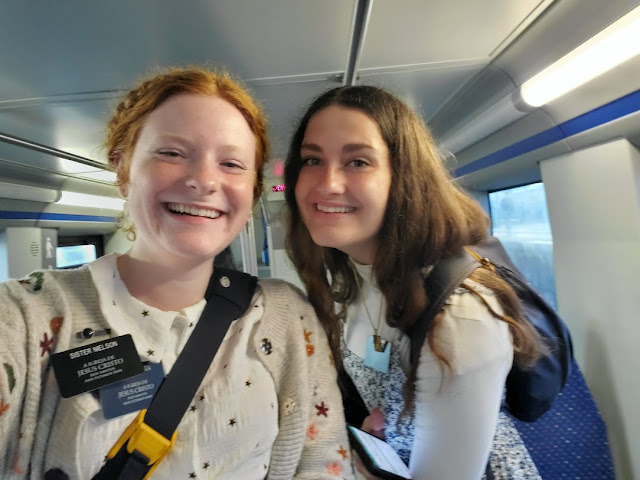 It was a good week; this work is good, the Lord is good,
and I am grateful for Jesus.
Posted by Stephanie Aurora Clark Nielson