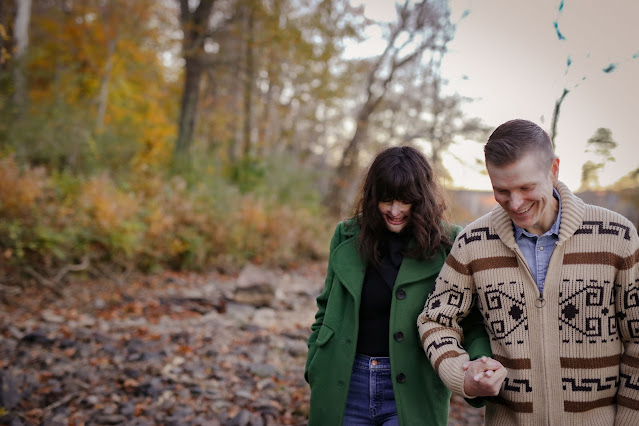 Two days before 2022 arrived Christian picked me up straight from work
to take me out to dinner.
He had a long day at work, and I admittedly
needed a little break from Christmas break--if you know what I mean.
It always seems like when we’re alone we'll start talking about what
each other is reading in our personal Book of Mormon study.
Christian told me that he had
read earlier that morning about Alma in Mosiah 24.
This is the story of how Amulon persecutes Alma and his
people- and are even put to death if they pray, but the
Lord makes their burdens seem light and delivers them from bondage.
Christian and I specifically talked about how the burdens
weren’t taken away from them, rather they were eased if they
would stand as a witness during their trials and hardships.
"And I will also ease the burdens which are put upon your shoulders,
that even you cannot feel them upon your backs, even while you are in bondage;
and this will I do that ye may stand as witnesses for me hereafter and that
ye may know of a surety that I, the Lord God, do visit my people in their afflictions."
Then we talked about how 2021 for our family was one of the hardest we’ve had.
We talked about the lengthy list of hardships from
health issues to car issues, broken dreams, to financial stress,
and pretty much everything in between.
As heavy and overwhelming as our burdens and trials felt,
and through some of the darkest and hardest days,
Christian and I always encouraged each other and our
children to stand steady in Christ and to witness of His grace and mercy--
especially on the hard days. We can have faith that the
Lord will ease our burdens as we stand firm as a witness of Him
then, now, and forever and we can do it as a family. 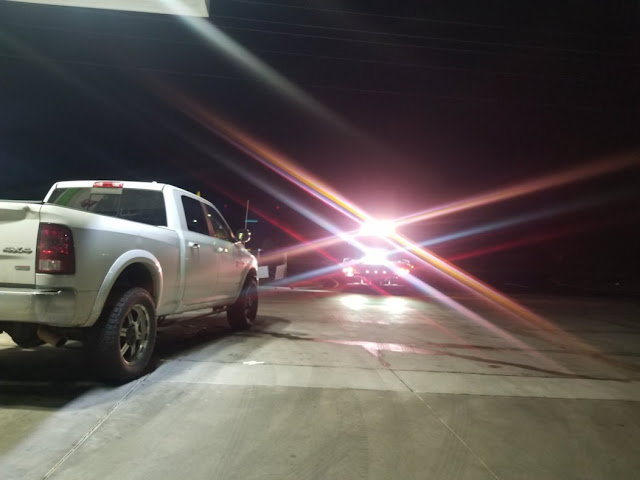 After a delightful dinner together, Christian pulled our car into the gas station.
He jumped out and began refueling the car.
Since it was a cold evening, he turned on the pump then jumped
back in the car with me. About 15 seconds later I heard a
loud gasp and Christian jumped out of the car.
He wouldn’t want me to announce this because it would humiliate
his manliness, but he was putting regular gas in his diesel
engine truck- to his credit, a mistake he’s never in his life made.
Maybe you don’t know, but that’s not a good thing that causes
long-term or permanent damage.
After 17 gallons later, Christian was on the phone
getting a tow truck to take us home
We sat in the car in disbelief, 2021 wasn’t going away without a fight.
Later a tow truck came with a very nice man named Bill coming to our rescue.
He loaded up the truck and together we began the 30-minute journey home.
I said a prayer in my heart, something like,
“why Lord did this have to happen?
Can’t we just have a little break from stupid things that keep
happening to our family?” 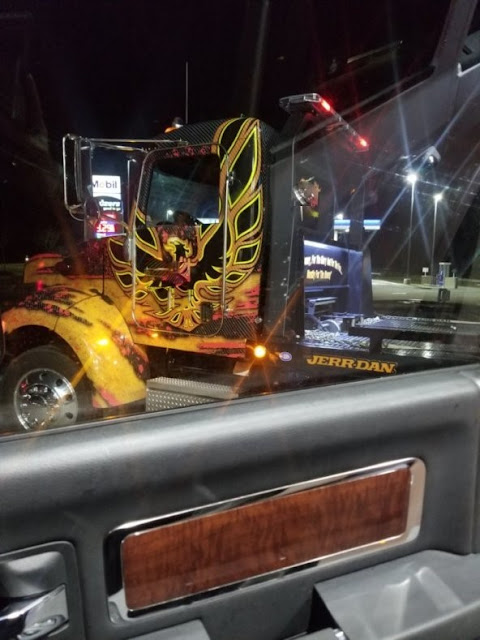 I remembered the conversation Christian and I just had earlier about
the scripture in Mosiah and Alma’s promise
to witness of God always- no matter what the circumstance was.
I felt low and frustrated and the last thing I wanted to do was praise the Lord.
But I felt the spirit testify to me of the truth of that scripture and
asked Bill if he had a family.
That lead to a conversation about his children, and he
mentioned his daughter was a nurse and I commented my
admiration for nurses and before you know it,
we were talking about our accident, and would you believe it, Bill, too,
was in an airplane accident!! I mean, I don’t personally know
a lot of airplane crash survivors.  Out of all the
tow truck companies to call, we happen to call the
guy who'd been in an airplane crash.
Now we’d come full circle when Christian quoted the same scripture
in Mosiah to Bill and now we’re testifying of
God’s miracles and the goodness that He shares with His children.
Then Bill told us another amazing story of God's miracles and goodness when
he and his family moved to another state
for a full year to live near a pediatric spinal rehab hospital after
his 11-year-old son had fallen out of a tree and broken his neck.
“He was going to walk out of that rehab hospital,”
Bill told us with conviction,
“and I knew he wasn’t going to do it without help from God.”
I could tell Bill felt emotional.
"I don’t know how people do it without God.
It was hard enough as it was, but without Him,
it would have been devastating, and with a different outcome.”
Bill pulled up to our house and he said to us,
“In my line of work, I don’t get a lot of customers who smile when I
show them the bill.”
Then Christian said,
“I’ve never been happier paying for something I didn’t want.”
I think this is exactly what the Lord means when he says that he will
“ease the burdens" that they will somehow feel lighter. 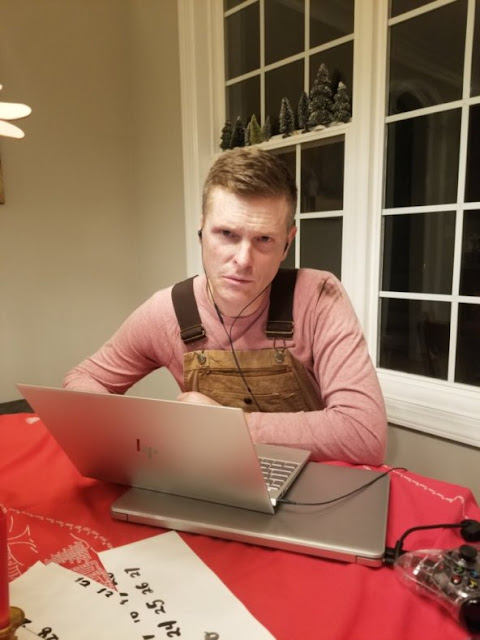 Yes, we still had to pay Bill and yes it was still stressful, and yes,
Christian had to stay up until 4:00 am draining the gas out
of his car with the boys so he could go to work the next day,
but that moment did truly honestly seem lighter.
Our "date night" is evidence to me that God lives,
and that the Lord does visit his people in their afflictions.
In our individual lives, I know we can muster the strength we need
in times of trial by calling on the Lord like the people of Alma.
He may not always immediately relieve our burdens,
but He will strengthen us with His Spirit,
and He sends people who can help us with our problems
and pain, or by performing great and small miracles.
Christian and I have felt this power in our lives.
We have been a part of those miracles.
Elder Bednar said:
“The unique burdens in each of our lives help us to rely upon the
merits, mercy, and grace of the Holy Messiah.
I testify and promise the Savior will help us to bear up our
burdens with ease as we are yoked with Him through
sacred covenants and receive the enabling power of
His Atonement in our lives, we increasingly will seek to understand
and live according to His will.
We also will pray for the strength to learn from, change,
or accept our circumstances rather than praying relentlessly
for God to change our circumstances according to our will.
We will become agents who act rather than objects that are acted upon."
Posted by Stephanie Aurora Clark Nielson