Chicken Bridge Around The Year 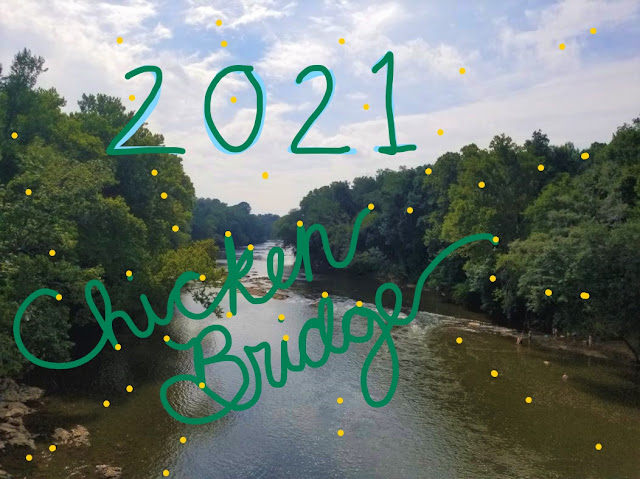 One of my favorite things to do in life is to take pictures of things
on the same day each month to see the change.
I don't know my fascination with this,
but it's so intriguing- especially in nature.
Every year I choose a different spot to document.
I've been doing this for years.
This year I chose to photograph on top of Chicken Bridge,
a bridge that overlooks the Haw River.
Rumor has it this bridge was named many, many years ago
because of all the chicken farms near the river.
One day a big truck carrying hundreds of chickens to the processing plant
overturned and fell into the river along with all the chickens.
That's why it's called Chicken Bridge.
Well, that's the rumor anyway.
In the summers our family goes here to float the river, play in the water,
and in October throw our Halloween pumpkins over the bridge.
My favorite is August because if you look closely, you can see
people playing along the banks, and in October, a man fishing.
January 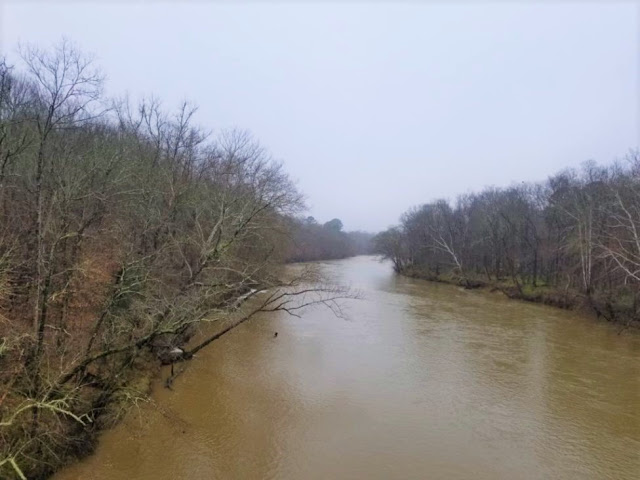 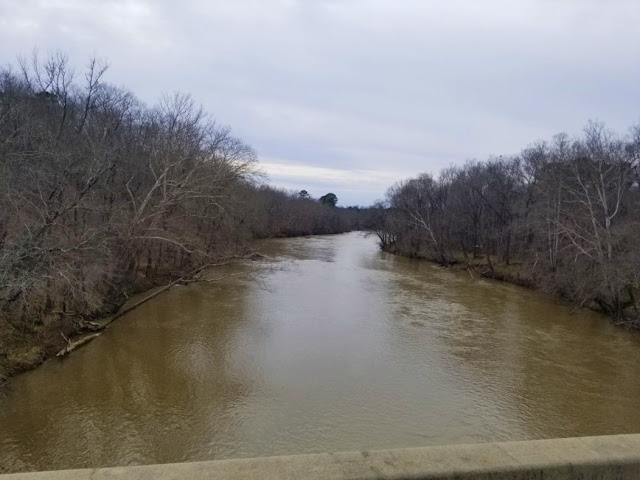 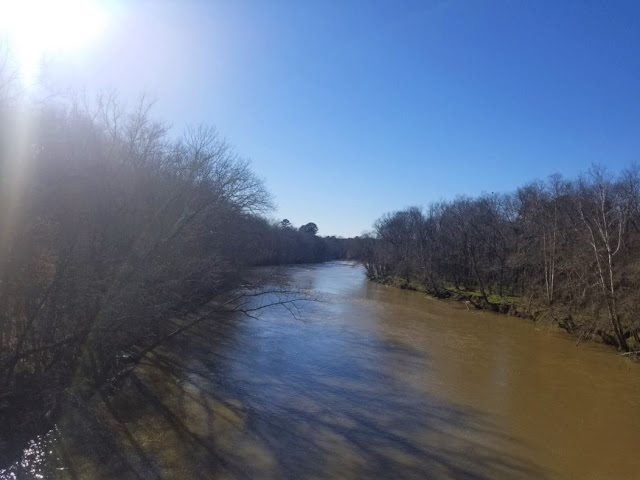 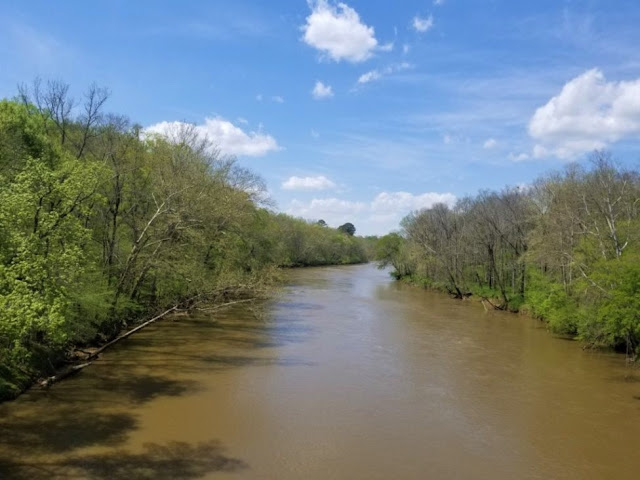 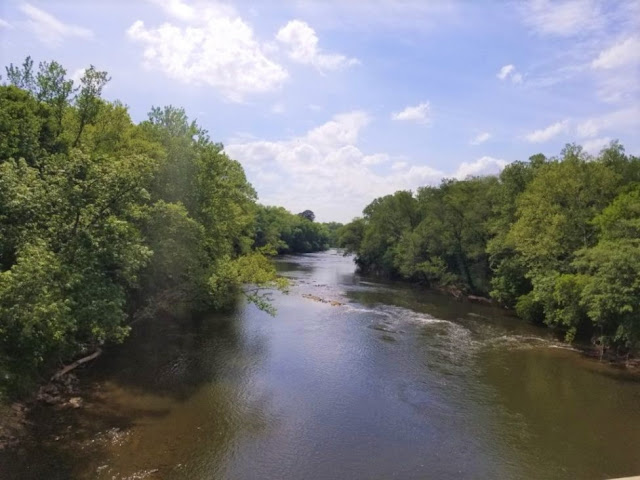 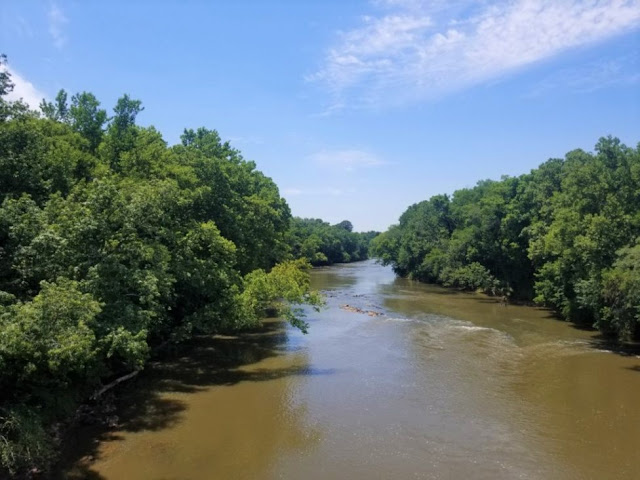 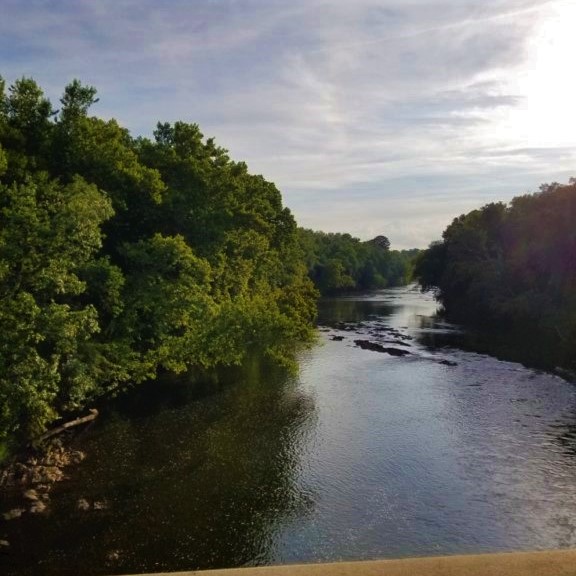 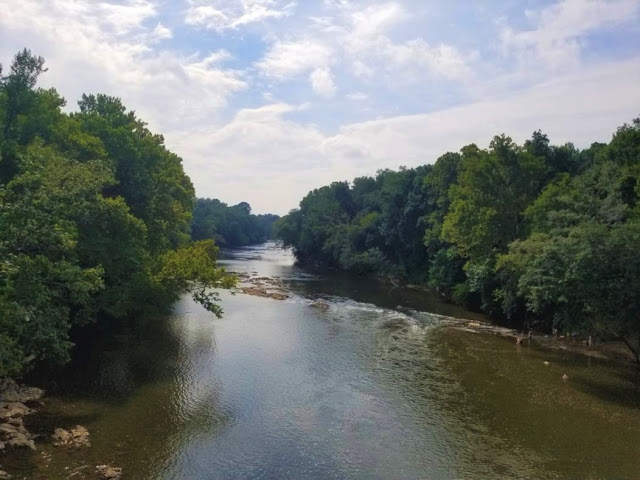 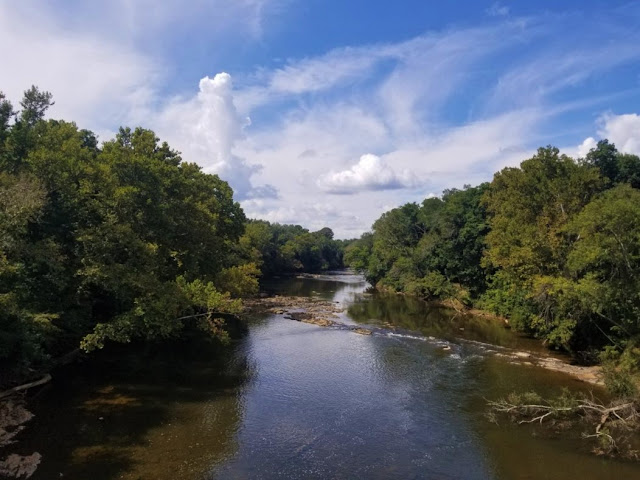 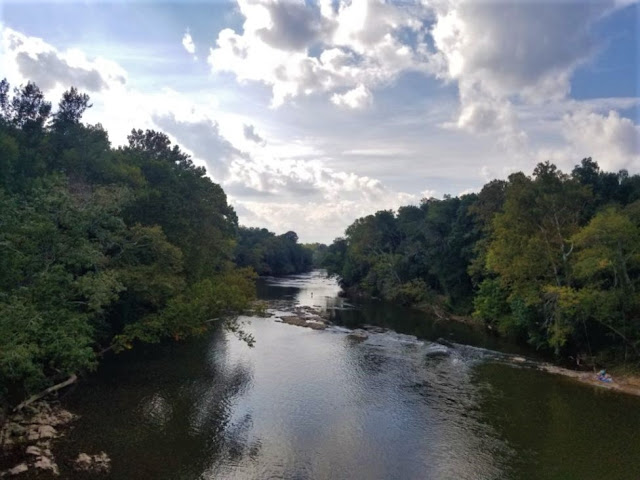 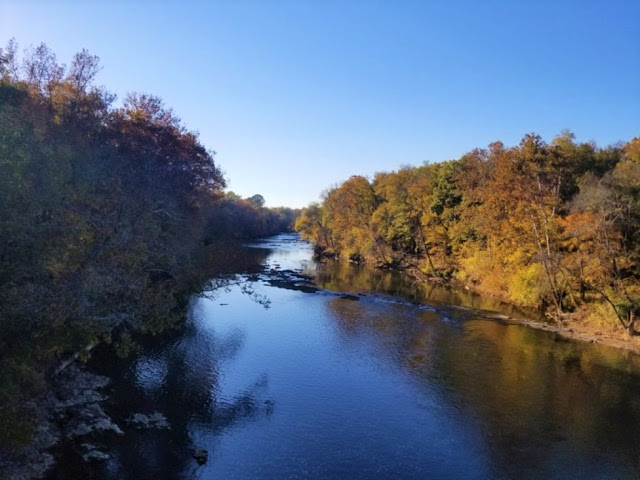 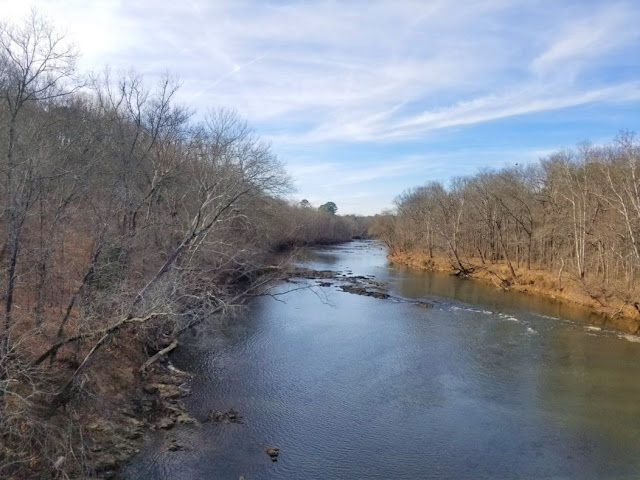