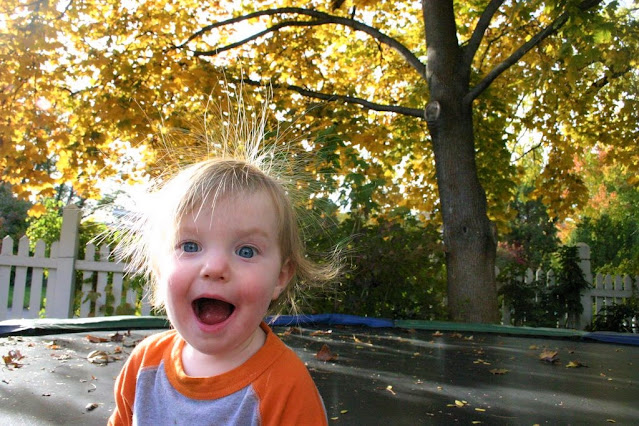 (Ollie, 2)
This morning before the boys left for school I signed a waiver so
Ollie could participate in the blood drive at school.
He woke up extra early to he could make himself a nice breakfast
of eggs and toast so he'd be in the perfect condition to give blood.
He's never given blood before but since he's 16 and eligible
he's been eager to give it a try.
This afternoon when I picked up the boys from school the first thing I did was
ask Ollie how it went.
He laughed a little and then Nicholas burst out,
"He fainted."
"Oh no, son, what happneed?" I asked him.
Then he told me his bloody tale:
There he was at 10:30 am in the gym and everything was going just fine.
He told me that the needle prick wasn't even that bad.
He was comfy in the chairs and even had a blanket over him,
but the second he looked
down to see his blood pumping out of his vein and
into a sack above him was when he lost it and began to feel dizzy.
He told me he was so embarrassed because he was talking to a cute girl
who was giving blood in the chair next to him and right in the
middle of a story she was telling him he told me that he interrupted her
and said,
"Well, I'm going now."
She stopped her story and said,
"Wait, what?  Where are you going?"
Then Ollie answered, "I'm just going to go for a little bit....".
Then he said everything went white and when he woke up
three nurses were hoving over him, one with a vile of some
magical smelling potion stuffed into his nose to get him to come to.
And it worked.
Then he said he saw blood pumping out of his arm where the IV
had once been, and the cute girl saying over and over,
"Ollie?  Ollie? Oliver?".
And everything was in slow motion.
He said they propped him up on a special chair, pushed cookies
and a can of coke in front of his face, and ordered him to drink and rest.
Then I asked why no one called to tell me.
"Oh good plan, mom, call my mommy to come to pick me up,
that wouldn't have made me feel any more stupid at all!".
True.
Then he said,
Mom, what's wrong with me.  I had a good breakfast, and
I drank so much water I was peeing all day!"
Then I told him he was just like his dad who fainted
in the delivery room when I gave birth to Claire
because he hates needles and blood. 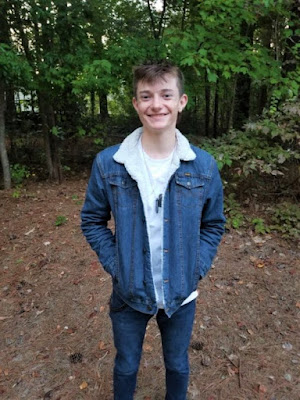 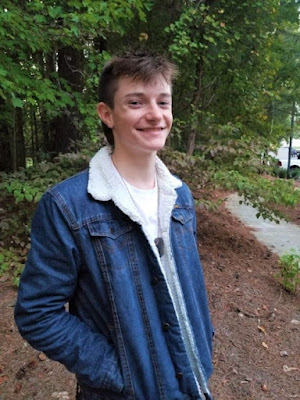 "Well, I'm not giving up.  I'm going to try again in the
Spring when they come back."
Then Gigs said,
"Do you think they'll let you?  Or is there the word "WIMP"
next to your name in the blood bank data?"
But, Ollie did get a free t-shirt out of the embarrassing bloody ordeal,
AND the attention of lots of girls.
And a few cold Cokes.
All joking aside, giving blood is such an honor.
I have been the recipient of others' blood and in a few cases it literally
saved my life.
And I'm proud of Ollie for having the desire to participate.
He's my hero!
Happy Halloween!