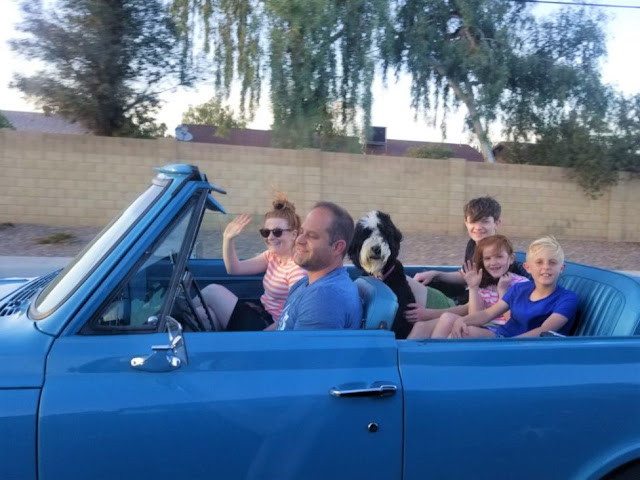 The night we arrived in Arizona it was a warm 89 degrees.
We walked in the house, dumped out bags, the kids ran around,
and we stayed up super late rehashing past trips and
experiences together, and laughing hysterically.
Then Lindsay quietly dozed off and so we called it a night.
We are three hours ahead of Arizona and our bodies are totally off.
I've been waking up super early then I go back to sleep,
then I end up sleeping the whole morning away.
I've been good to take an online Barre3 class every day since we left
(even while on the road!!).
I have 2 sores under my legs from lack of movement as we pushed
9 hours of driving across the country.
Movement is IMPERATIVE for my body or my
skin tightens up and splits open. 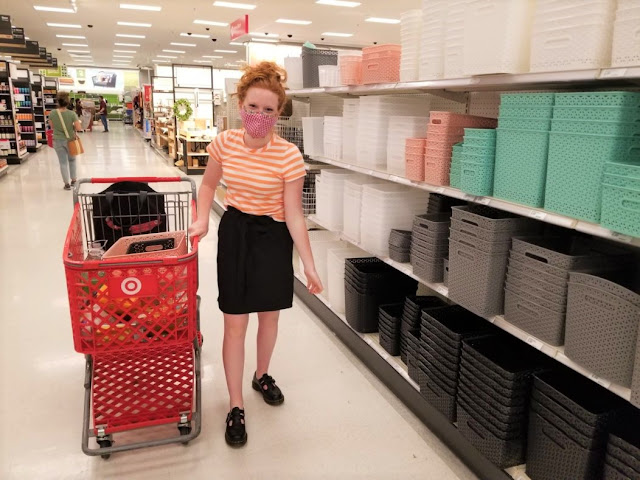 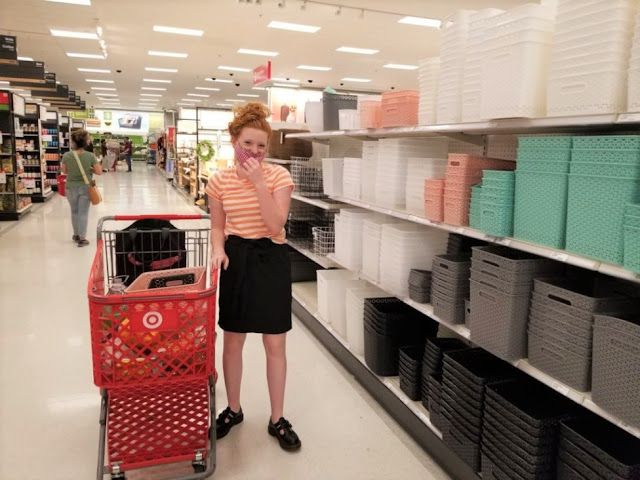 Jane and I took a trip (the first out of four trips) to Target
where we gathered some supplies for her little room
downstairs in Jones's house.
She picked out things like; containers, a mirror, bedding, towels,
and cleaning stuff. She is so excited to be "on her own" and doing her own thing,
and I am so excited for her!
This is really such a safe and easy way to start off in the big world alone.
We picked up Cafe Rio and Swig for lunch.
By the way, we went to Swig EVERY SINGLE DAY WE WERE IN ARIZONA,
and went to Cafe Rio 4 times.  I couldn't help myself. 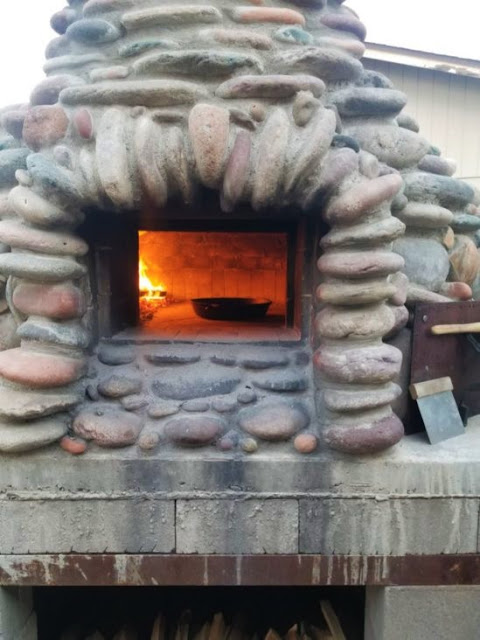 In the evening, Spencer's dad invited us over for dinner.
He has a wood-fire pizza oven in his backyard
and it makes the most delicious pizza
(and hot skillet olives). 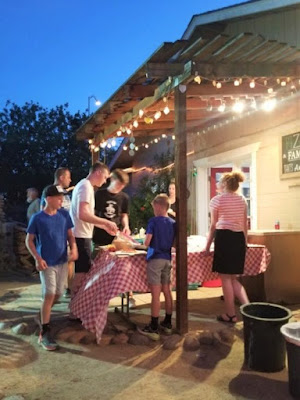 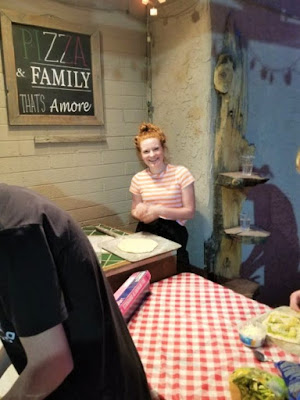 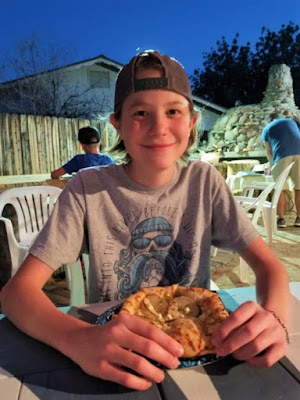 Christian ran to the store (so I could stay on the porch with Lindsay to talk)
to grab pizza ingredients.  Some of the "Joneson" kids hopped in Spencer's
1978 blazer truck and drove to Mesa where Spencer grew up,
and where his parents still live. 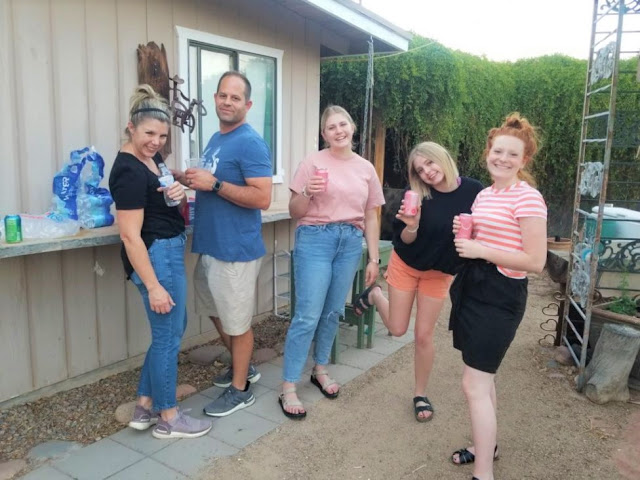 Spencer has the best cars, and Ollie and Gigs were in heaven.
I did pull an April fools joke on Spencer and told him
that the kids accidentally threw a ball at his brand new
Telsa window and it shattered.
I felt so bad about it that I didn't let the joke go on for too long. 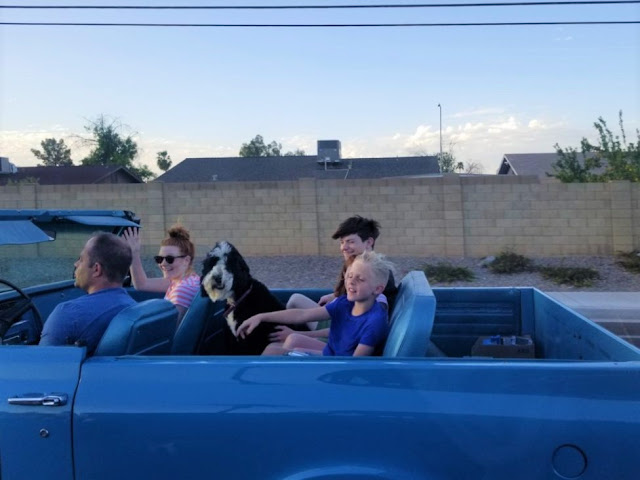 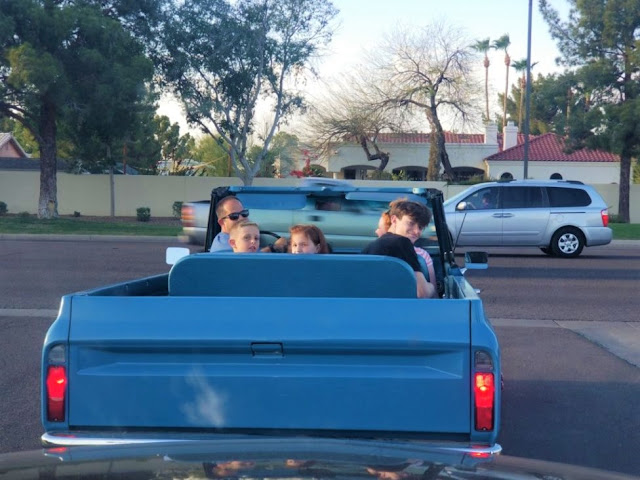