It's New Years in The White House 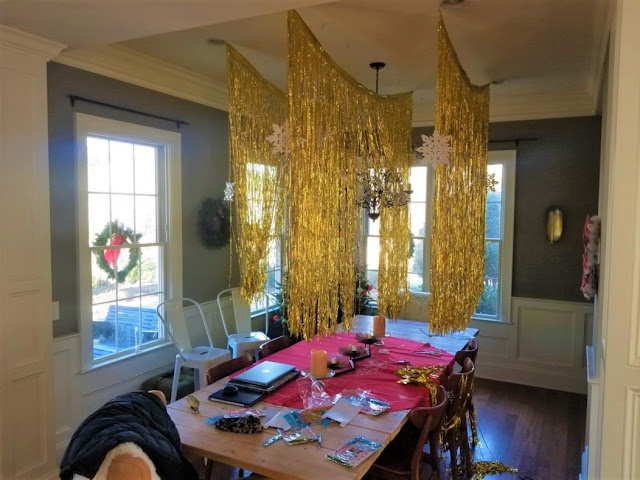 The White House is preparing for the New Year!
This year I put up gold/pink door streamers on the dining room
ceiling to hang eloquently below the table. 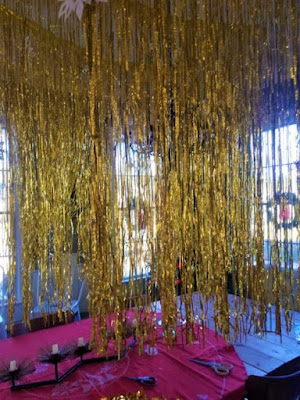 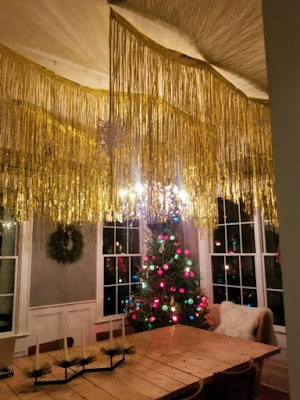 It's amazing- especially at night under the glow of the candles.
It will be magical on New Year's eve and at our New Year dinner on Sunday.
It's not complete, but so far it looks pretty cool.
Last year we did a confetti balloon arch: 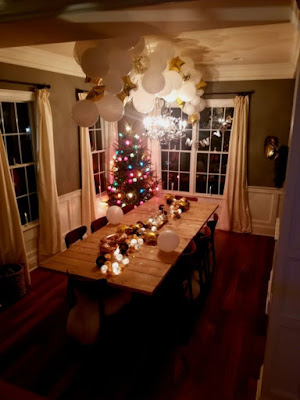 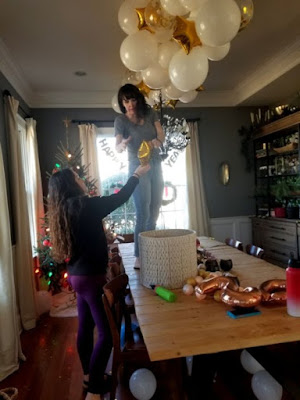 I need to order another box of candles since I just used the
last two of my box of 100.
I usually go through 200 candles in the months of October-January. 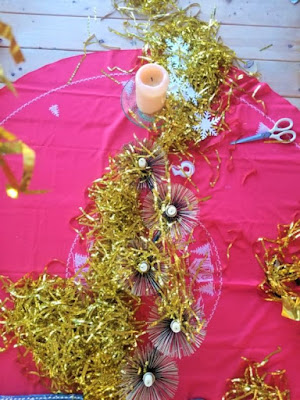 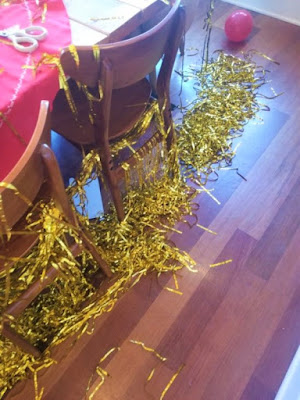 We don't have much planned this year in terms of a New Year party.
We'll just be home eating fondue, drinking bubbly, and listening to French music.
(For some reason, French music is New Year music?!)
And we're celebrating Oliver on Saturday as he turns SIXTEEN!
Also, this was me today: 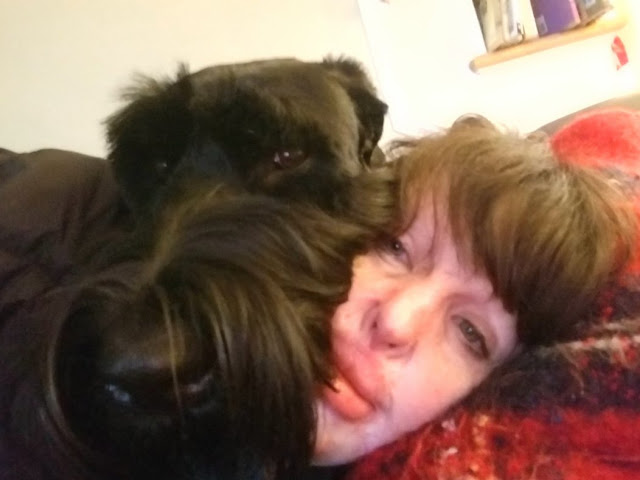