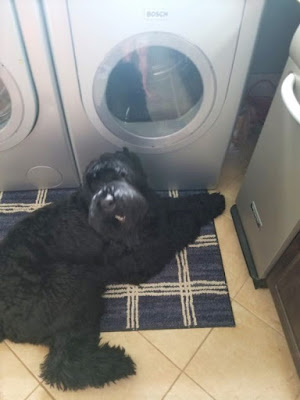 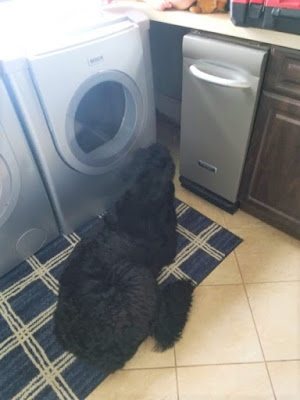 Big news erupted in The White House this morning when
Nicholas discovered that Fern, his hedgehog had secretly
disappeared from her cage in the middle of the night.
Poop and quills made a trail from the
boy's room and down 15 stairs into the kitchen. 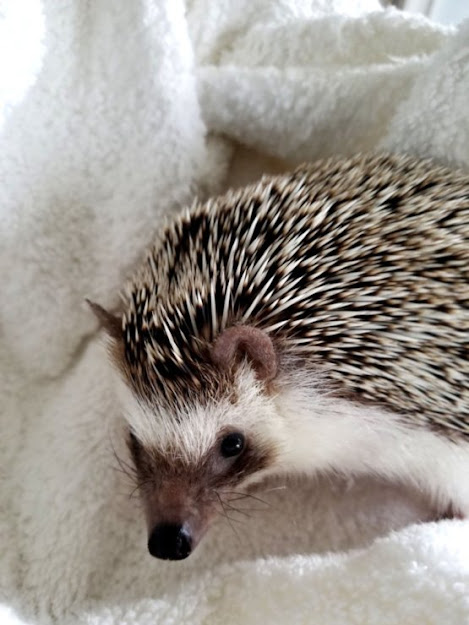 We had a good laugh imagining Fern
snuggled up in a ball freefalling down each step.
Luckily for us, we didn't have to look too far for our prickly
friend because Angus found her right away behind our washing machine.
He sniffed her out and began barking hysterically until we rescued her.
Mr. Nielson moved the machine over and Gigs grabbed her along
with a ball of laundry dust attached to her quills. 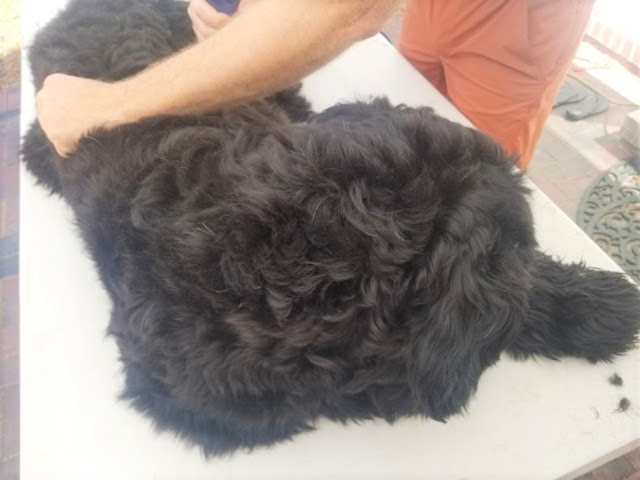 Angus hasn't had a haircut since MARCH and because of the virus,
our pet salon just re-opened last May but was so booked out that
the closest haircut was June 26th.
(We've all been anxiously waiting for Friday!)
Today Mr. Nielson couldn't take it any longer and began grooming
Angus himself.  It seems like forever since I've seen his brown eyes!
It's harder than it looks, and we had to order a new blade for our pet buzzers.
I think I'm still going to take him on the 26th because
he needs a good bath, teeth brush, nail trim, and haircut in the worst way!
But at least he has a nice pre-cut. 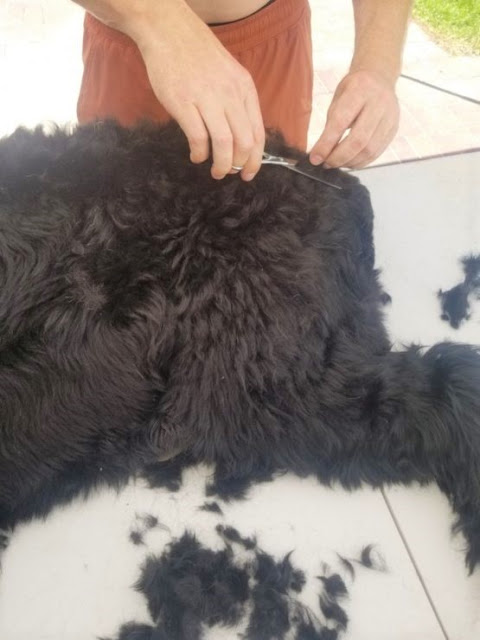