Running Into My Arms 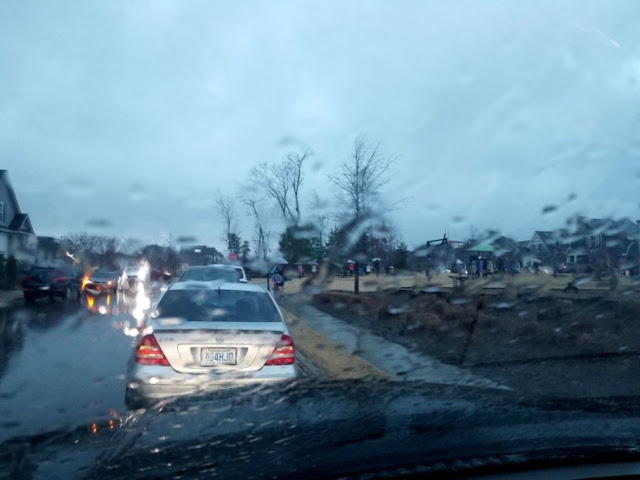 Last Friday around 12:30 I got a phone call from Lottie's 2nd-grade teacher.
She informed me of an upcoming storm that would
land in our area in about an hour and
wondered if I would be able to pick up Lottie
at the bust stop in 20 minutes.
I looked out the window-- and it was an overcast day,
but it wasn't even raining.
Luckily I was just at home doing laundry so
I was able to drop everything to leave for the bus stop. 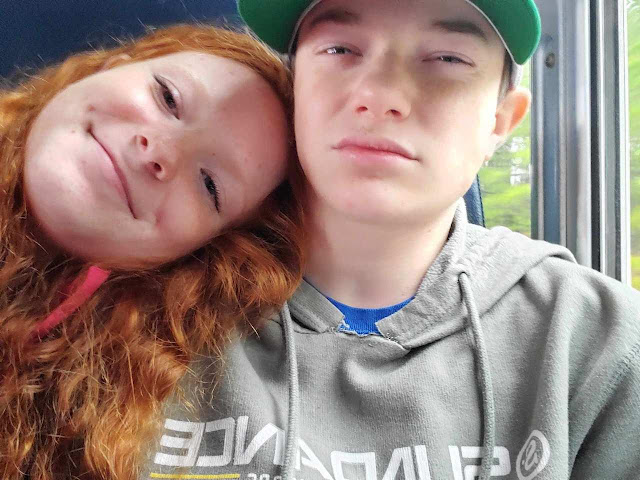 Then I received a call from Jane who was on the bus with
Ollie coming home early from an FFA field trip in Durham.
"Did you hear about the storm mom?" Jane asked me.
"Yes, but really is it going to be that bad?" I asked her?
"That's what they say, will you be able to pick us up in 20 minutes?"
"I can come to get you," I said, "but I need to get Gigs and Lottie first".

I could tell it was going to be a long day.

I stuck a new load of laundry in the machine,
grabbed my raincoat and headed for the door.
When I pulled up to Lottie's bus stop there were several other cars
and parents waiting at the usual spots.
Then I noticed a little drop of rain on my
windshield followed by several others.
Soon the rain was coming faster and faster and harder and harder,
and I couldn't even see the car in front of me!!
I could barely see Lottie's bus pull up to the stop.
I hesitated before opening the door.
I don't think I have ever seen rain this intense before in my life!
I ran to the stop just about 20 yards away from where my car was parked
and by this time I was completely soaking wet.
Through waves of wind and rain, I saw Lottie
jump off the bus with several other students screaming.
Lottie was sobbing, I ran to her and picked her up and held her tight.
Her body was shaking and she could barely speak.
She kept saying over and over again that she wanted to say a prayer.
I told her we would pray after we found shelter in the car.
In the car and after a prayer and a drink of water,
Lottie told me the chaos on the bus
with talk of hurricanes and flooding.
She and all the kids were freaking out, and
I will never forget her little face as she ran off the bus and into my arms.
I kept telling her while we ran to the car with buckets of water soaking
us, that she was safe with me and in my arms.
I was so grateful I was there for her in that scary moment of her life.
Then we found Gigs who was also drenched and waiting for me
under the park pavilion. 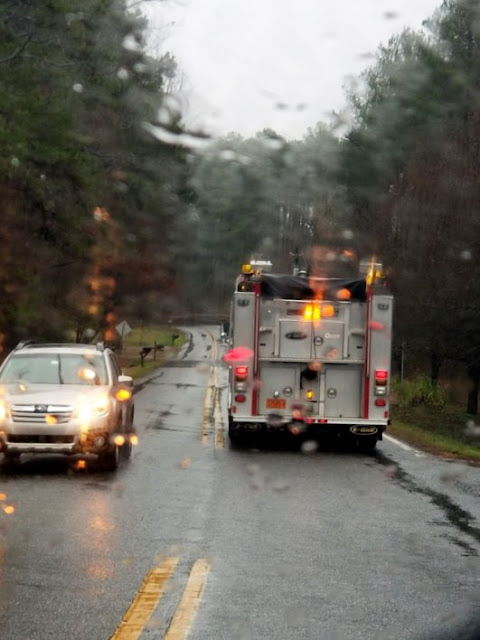 The rain was so intense we drove about 10 miles an hour on the roads, and
when we got one block from our home
(ONE BLOCK!!) a giant 100-year-old tree had
blown over knocking down all power with it.
We were soooo close and sooooo wet
I had to turn around and go back the long way which was
another 30 minutes. 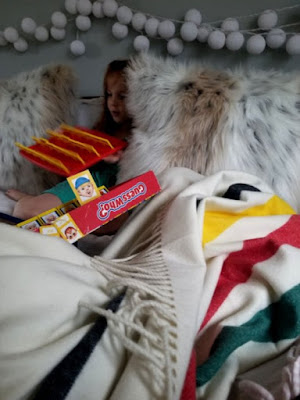 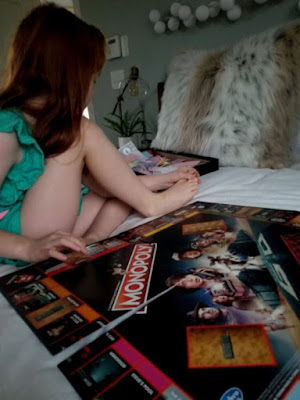 At home, Jane and Ollie were waiting for us snuggled up in blankets
excited to share their heroic story and experience
and struggle in the torrential rainstorm
(It was seriously the best story ever!). 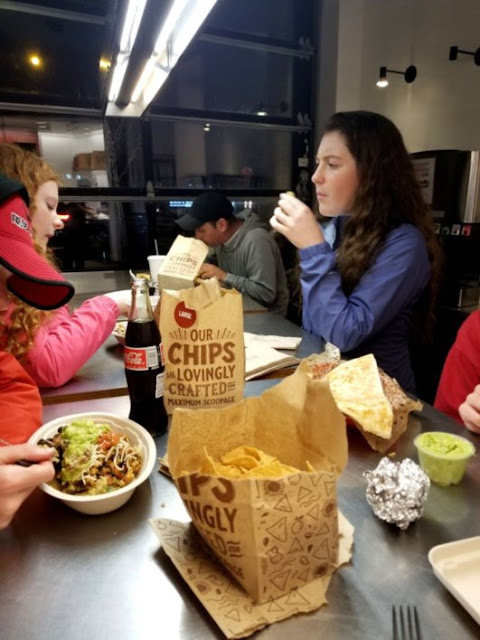 We played board games on my bed until it started to get dark.
Then I decided I cooking sounded like the worst so
we braved the storm and drove into Chapel Hill
for dinner, and also to charge everyone's phones.
It was still pouring rain when we left for home and sadly
the tree was still blocking the road to The White House,
which meant that the power was still out. 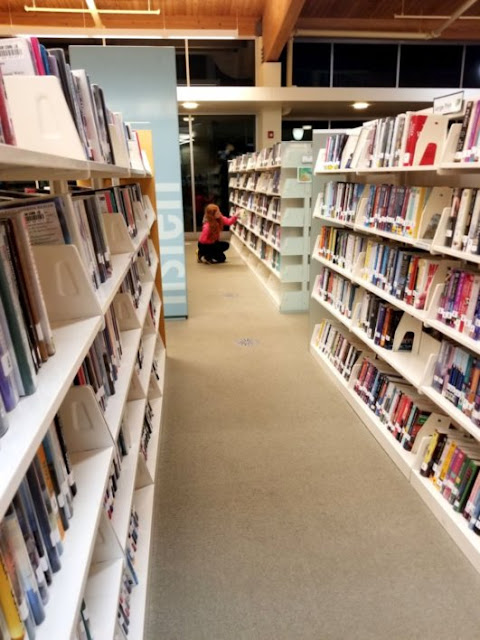 So we spent the rest of the evening at the local library.
We were the only ones in the building which was a good thing since
my boys looked and acted like clowns. 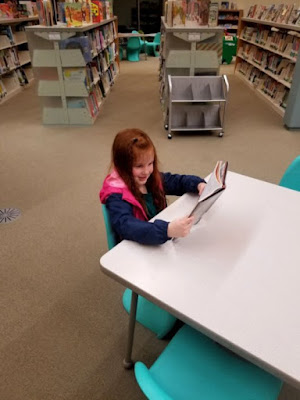 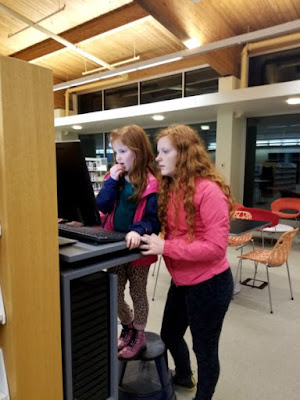 When it was 8:00, they kicked us out so they could
close and we made our way
back home through the dark neighborhood. 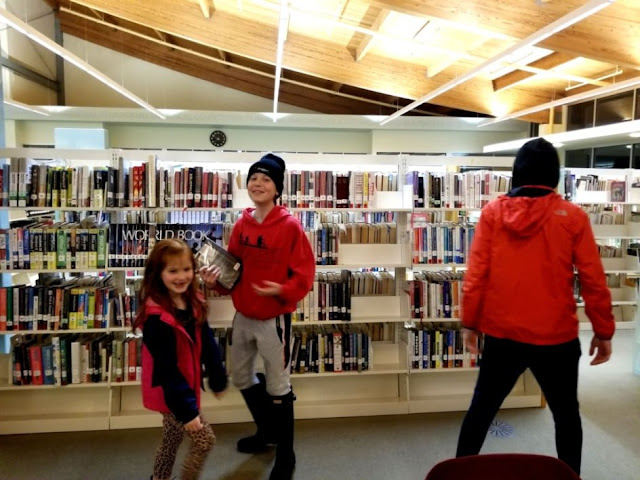 Back in The (black) White House,
we lit candles (good thing I have a million candles),
and got ready for bed in the dark. 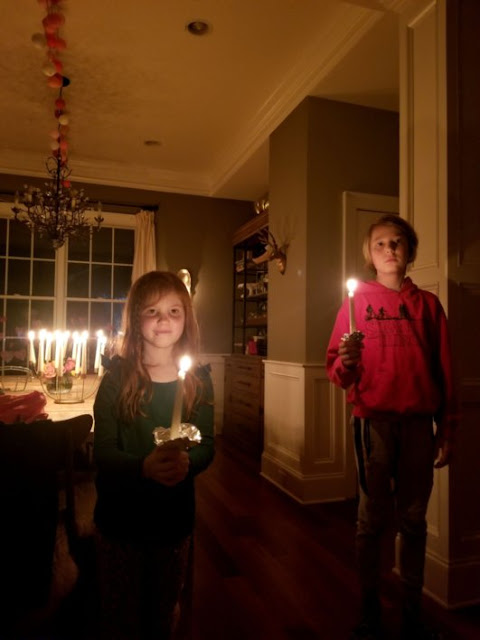 I missed Christian sooo much.
But on another note, I found this amazing photo of him
when he was 15:

As I went to bed in the dark I couldn't get Lottie's little face
as she was running off the bus in sheer terror out of my mind.
And also the relief and comfort she felt to see me.
I feel that way sometimes with my Savor.
Sometimes I want to hop off the scary bus and into His arms
where I am safe and protected from everything and everyone. 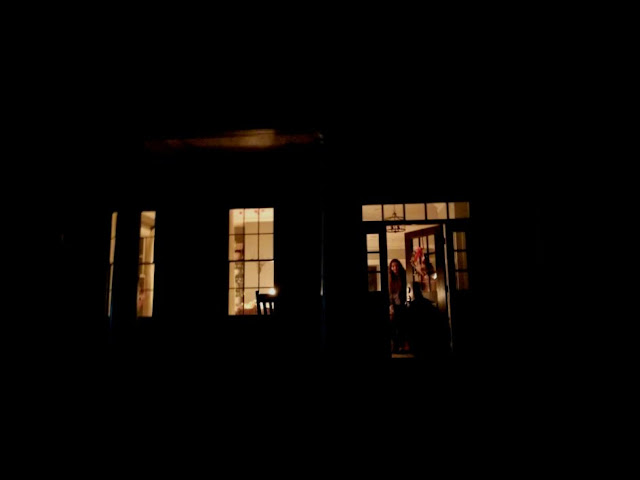