Summer Storms at the Lake 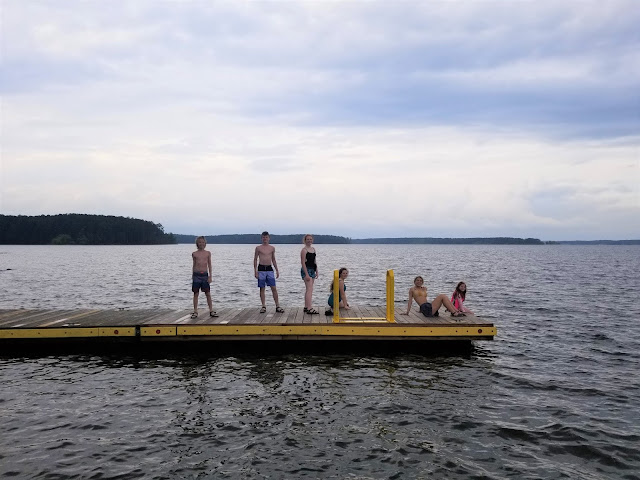 Cousin Lydia arrived late Friday night in the pouring rain.
Before bed the girls told Lyd all about their favorite North Carolina spots.
They mentioned the lake and the river which are
both only minutes from our home.
We decided to float the kayaks on the river in the morning,
but when we woke up it was raining, and it didn't stop
until the late afternoon. 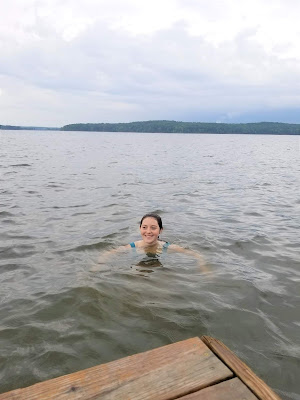 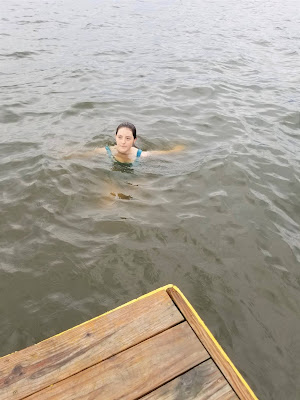 But alas!  There was a small break in the rain so we decided to
jump on the opportunity, and we packed up the kayaks and headed for the river. 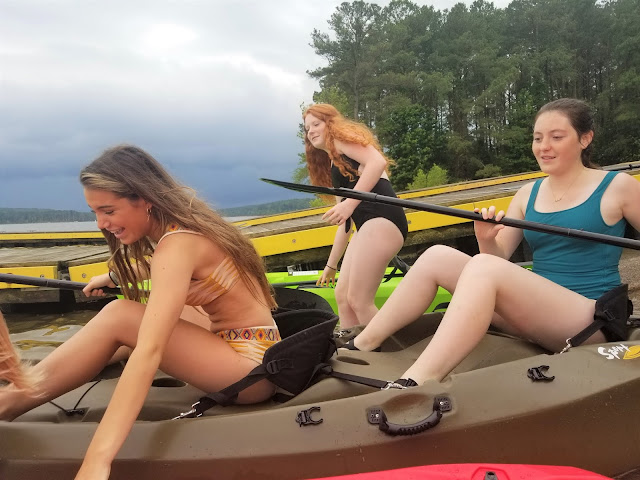 When we arrived to the river, the water was way too treacherous
from all the rain that we decided against floating it.
Instead we packed up and headed to the lake and
figured we could just paddle around the cozy inlets. 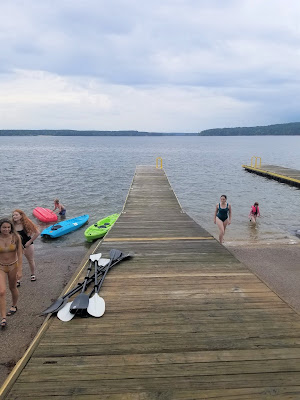 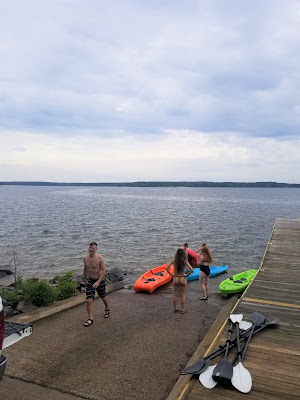 After awhile on the lake we noticed the sky had begun to get
considerably darker and the wind pick up a bit. 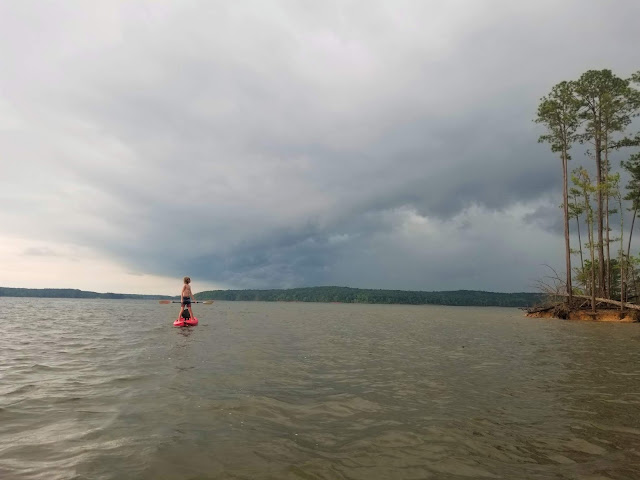 We decided to gather everyone in, and
almost minutes after the last kayak and child was in, and as Mr. Nielson
began tying them into his truck it began to POUR! 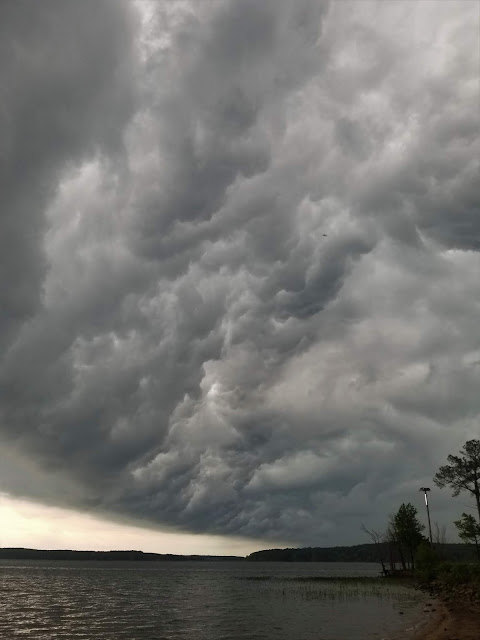 Summer storms are the best here! 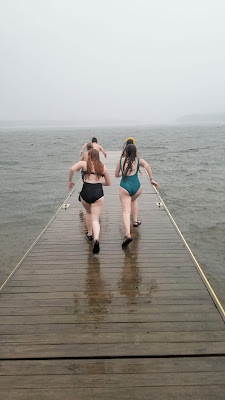 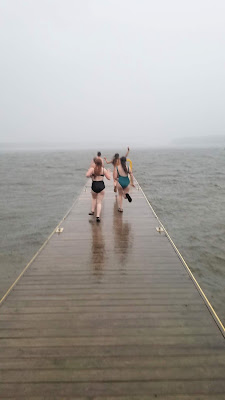 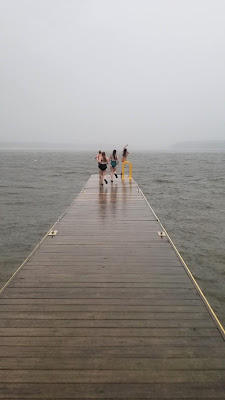 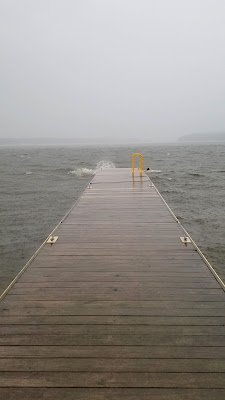 The kids spontaneously all jumped off the deck and into the water.
There is something so magical about being
in a lake with warm rain falling down. 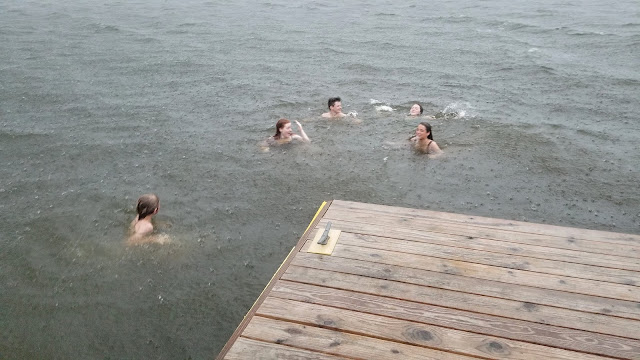 This is what childhood summers are all about.