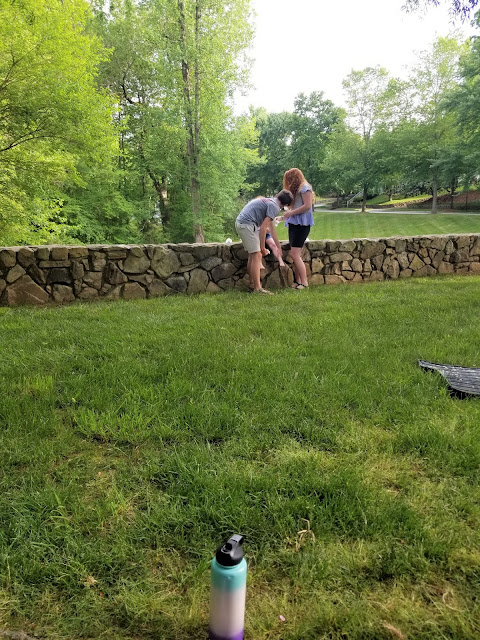 There we were all seven of us in the car headed to mall for haircuts,
new summer shorts, and a bite to eat when out of the blue
Lottie threw up in the middle seat in between Claire and Nicholas,
(who legit has Emetophobia -which is a phobia of throwing up).
Trying to keep in under control, I directed Mr. Nielson off the
road to a nearby neighborhood.  On his way to the exit Lottie
continued to barf; this time out the window while going 45 mph.
The contents of her stomach basically went from her mouth all over the
window and inside the cracked open vent in the back row and into Oliver's mouth.
A fun family Friday turned into a nightmare.
Mr. Nielson couldn't stop soon enough.
The rest of the Little Nies were trying to keep it together
but judging on the color of their faces, it was bad.
I also worried Nicholas would attempt to open the door
and tumble out on the road just to escape the smell.
Once the car stopped the kids scampered out of the car leaving a bewildered
Lottie with throw-up all over her mouth and hair.
Mr. Nielson and I used every single Costco wet wipe
in the pack to clean up the mess.
(You know, the giant ones from Costco!!). 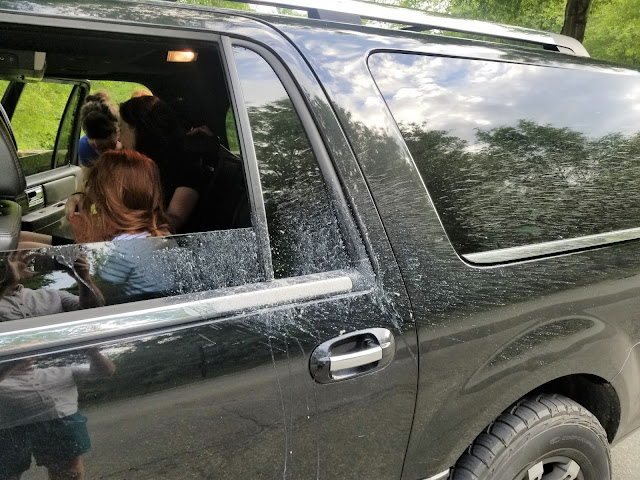 We wiped faces, hands, mouths, and I called the salon cancelling haircuts and
googling names of  a car detail service.
Hesitantly we got back in the car and drove straight to a car wash.
Now Lottie seemed to be doing significantly better
in fact, she perked right up. 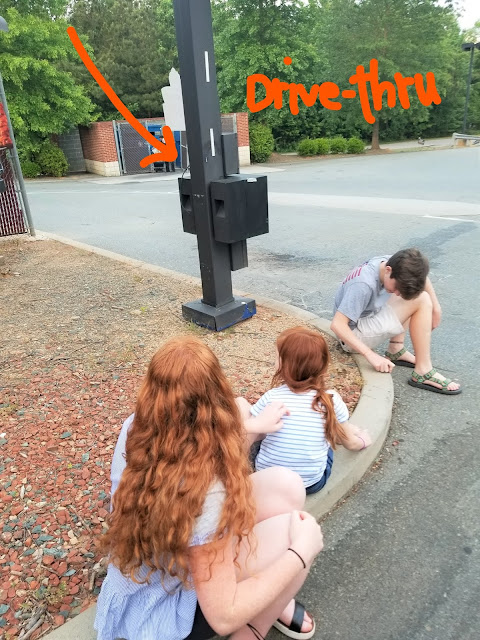 Like out of a horror film, and while we
all sat in the stuffy stinky car wash,
(it's already like 100% humidity in North Carolina).
Lottie announced that she felt sick again, and the
Little Nies began freaking out while
I desperately looked for a dog poop sack for her to use.
Nicholas was over in the furthermost corner of the car with this eyes
closed wishing himself away.
Mr. Nielson aborted the car wash and skidded to a stop, but it was too late
the second wave had hit, this time unloading on her shoes and legs.
In between heaves I carried Lottie to a curb nearby while she
finished the job.
Then a lonely car pulled up by us, and I
I realized we had pulled up next to Burger King drive thru.
The man ordered his dinner while we all filed back into the car.
"Would you like some barf sauce with those fries?"
We couldn't get home soon enough.
Lottie threw up every 30 minutes for pretty much the next 36 hours.
She'd throw up and I'd wash out the giant silver barf bowl,
over and over and over and over and over and over again. 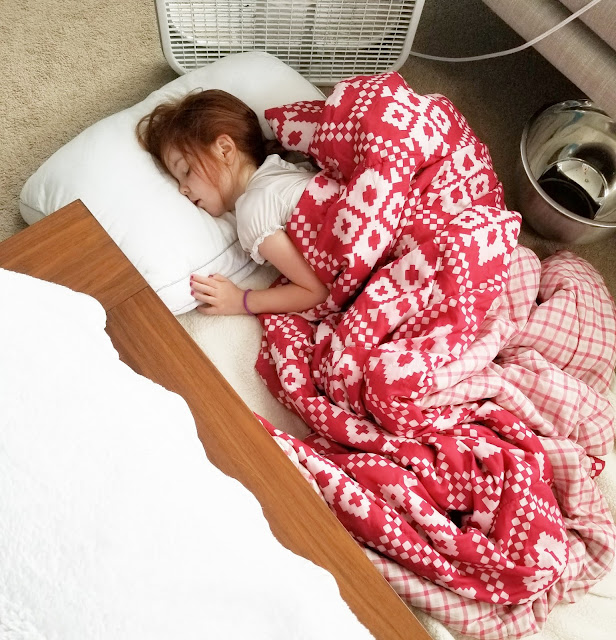 It's been so awful and I've hated seeing Lottie in so much discomfort!
I've reflected back at all the times I've been so sick and have relied on others
to help me overcome and recover, and they are some
of the most sweetest and most sacred memories I have.
Nothing says "I love you" more than holding
handfuls of hair back for someone who is throwing up.
(Right Mr. Nielson?)