Sharing God's Love and Light One Dollie at a Time. 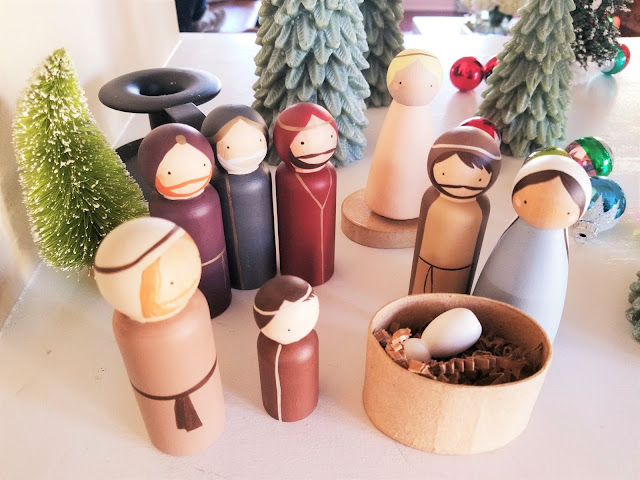 Yesterday as I was picking up the house I noticed that
Mary and the Angel were missing
from Lottie's little wooden dollie Nativity set.

I looked around the house, under couches, in the dollhouse,
and in toy baskets- they were nowhere to be found.
So I gave up and then eventually forgot, but the
next morning when I was packing Lottie's backpack for school
I felt something in her front pocket.
Inside rolled up very neatly in tissues were Mary and the Angel.
I left them there because I'm sure they were there for a reason.
Later in the car on the way to school, I casually asked Lottie if she knew
where Mary and the Angel in her nativity set were.
She told me that they were safe in her backpack, and that she was
taking them to school so she and her friend could
play with them at lunchtime.
I asked her what she played, and she told me that
"Mary was Mary- Jesus's mom,
and the Angel was the Angel who visited Jesus's mom".
I laughed a little as I began wondering
what on earth the playtime dialogue between Lottie and her friend
was like as they played with Mary and the Angel.

Whatever it was, I was proud of Charlotte because
in her little 6 year old
heart and without knowing it, she is sharing God's love and light
reenacting that sacred story with her little dollies and her friend
at lunchtime.  Oh if only I were a fly on the wall! 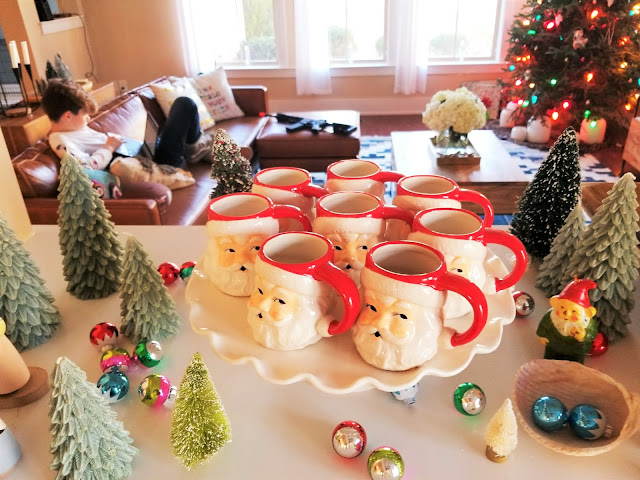 Happy Weekend!
We are headed to the Apex Nativity Celebration on Friday and Saturday!
If you are live in NC, join us!