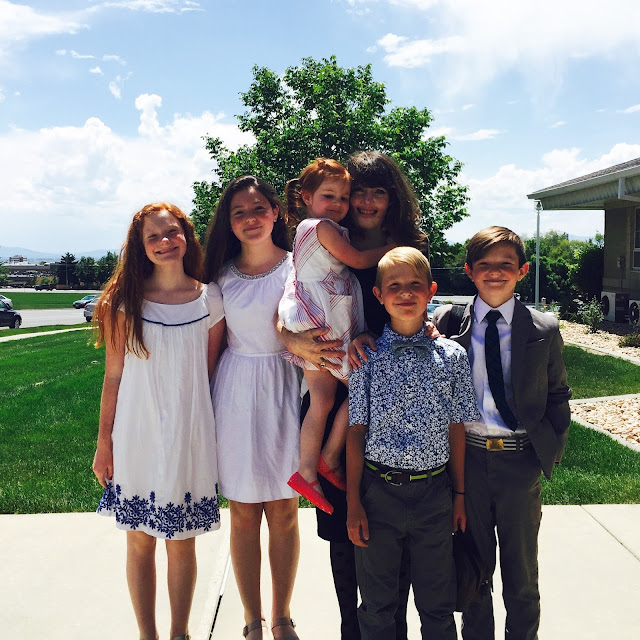 Here is a family photo we took yesterday after church.
What's missing....I'll tell you.  Christian is missing.
Today I am driving The Little Nies on the lonely roads
(but probably very busy roads since it's Memorial Day)
to be with him at the ranch in glorious New Mexico.
* * * * * * * * *
I want to express my deepest love and sympathy to the many
men and woman who fight, serve, and sacrifice
so that my family and I can be free and protected.
I hope whoever our next president is, will recognize our military
men and women and their families as a priority and given
the utmost respect and honor.  They so deserve that. 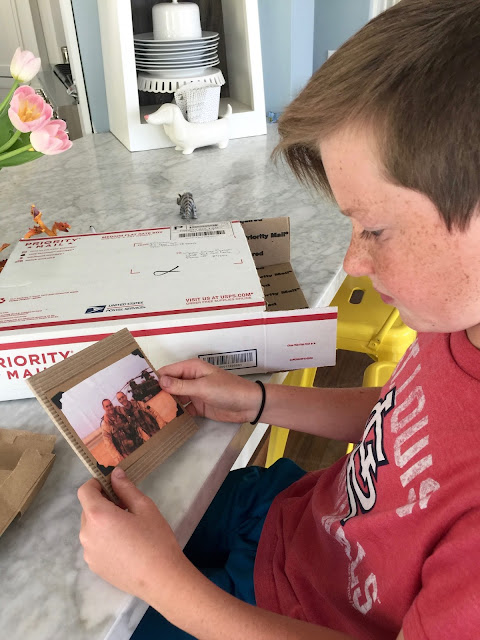 Last week Oliver got a wonderful surprise in the mail.
It was addressed to "Master Oliver Nielson" from Mary Tillman.
Mary is the mother of football star and Army Ranger hero Pat Tillman
who was killed in action in 2004.
If you remember, Oliver chose Pat as his
American Hero at the 5th grade wax museum.
Mary and I have been in touch and she generously sent Ollie one
of Pat's football trophies.  Oliver was so excited, I don't think
I could even type his enthusiasm!
He had me take at least fifty photographs to text to family and friends.
The trophy sits in his bedroom next to dozens of Pat's photographs
printed from our home printer. Awesome. 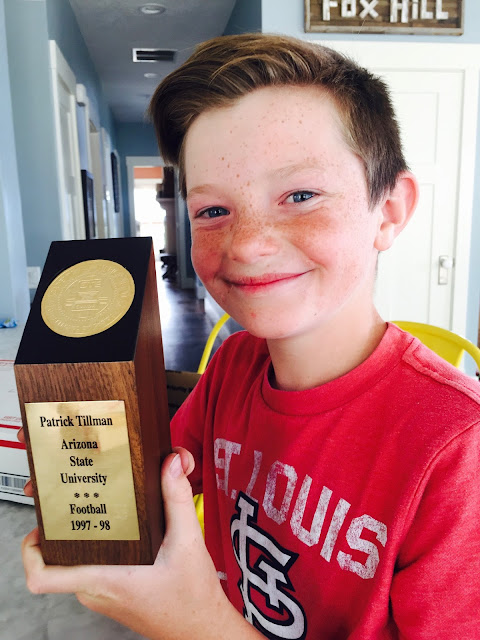 Last weekend I read Mary Tillmans story "Boots on the Ground by Dusk"
about Pat's story and tragic death.
It opened my eyes up to a lot of what our soldiers deal with; especially
what Pat and his family went through.  I was totally shocked and frustrated
at parts and then really confused, disappointed, and saddened too.
I mostly just went away from that book feeling so grateful for so many
who have made the ultimate sacrifice for this country.
Thank you Pat Tillman.  We here at the Nielson home love you.