I called Christian at work yesterday to tell him
I would be coming to pick him up from work at 4:00.
Of course, he asked me why and of course I told him I
wasn't going to tell him because it was his birthday surprise.
I also told him to be prepared because all his dreams would be coming true. 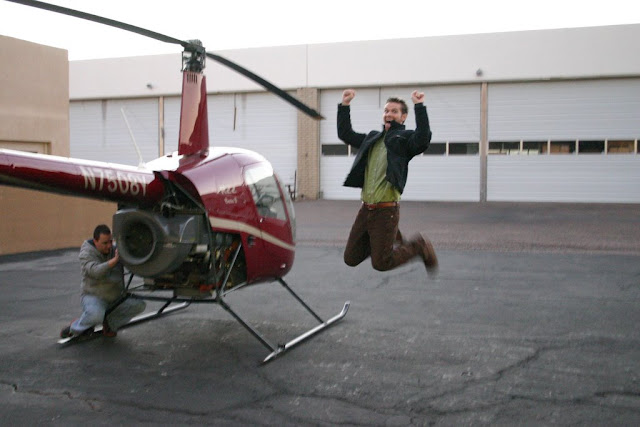 At 4:00, I waited in the parking lot for him to come out.
He jumped in the car and asked me millions of questions about where we were going.
I asked him to lay his seat back and close his eyes, then drove us to Scottsdale,
where I arranged for him to have an R22 helicopter lesson.
As I drove into the hangar, Christian was totally suspicious.
When we pulled up, I asked him to sit up,
and right in front of him was a red helicopter
staring him in the face. 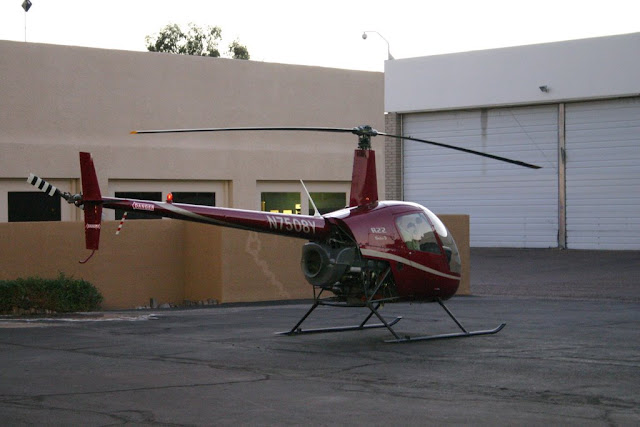 Then I told him he was going to fly that red helicopter.
Christian's face turned white because he was so excited and speechless. This has been something he's only dreamed about doing.
He smothered me in kisses and asked me if this was really truly actually happening. 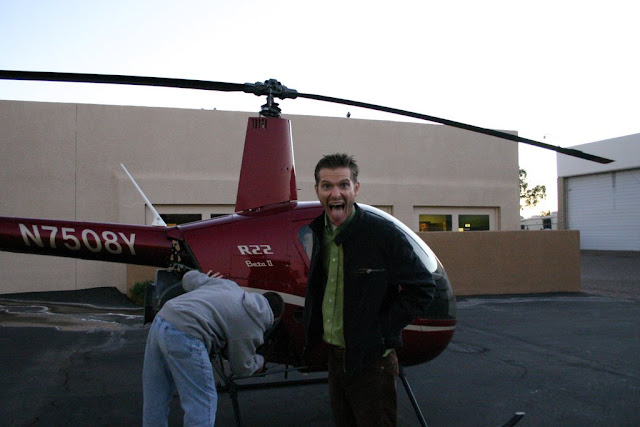 Looking like a 10-year-old, he circled the helicopter, eyeing
the engine, the gadgets, and the controls. 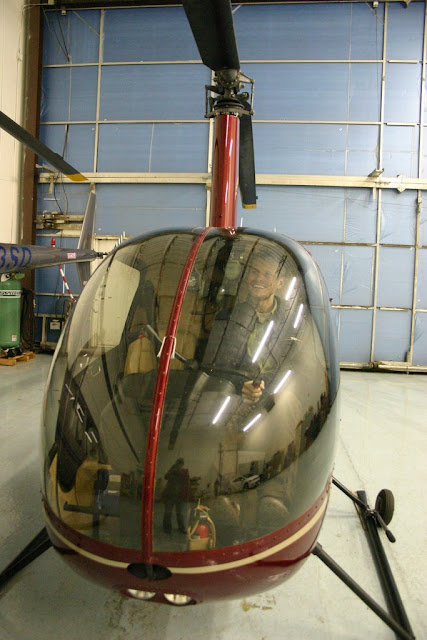 Turns out he was a natural at flying.
Flying is a passion Christian has always had, and I think this flying lesson
has ignited something deep inside of him. 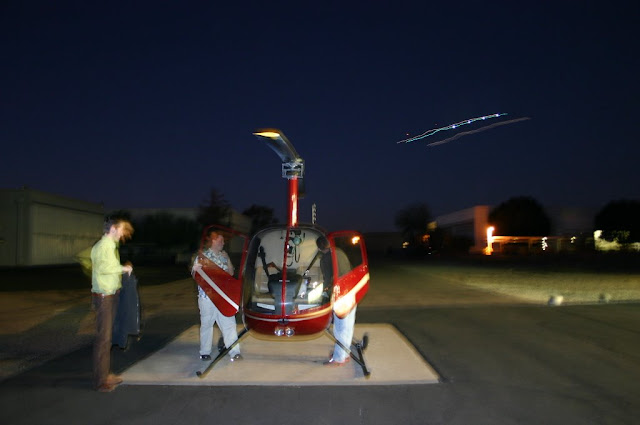 He told me in the car on the way home (after he let out a little scream),
that he is seriously going to take flying lessons at
Boeing, where he works, and flying lessons are offered.
He will begin the 40-hour ground school Monday morning
and I 100% support his decision. 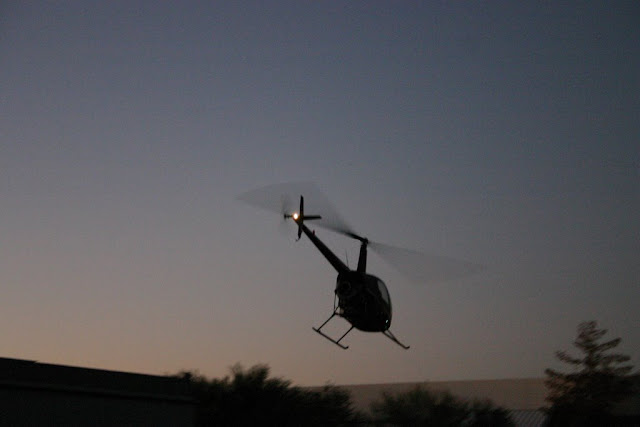 Christian shared his thoughts about the evening in the
Nielson family newsletter:

"I JUST FLEW A HELICOPTER WHOOOOO"

Today I flew a helicopter! You got it, folks...take a back seat, Mr. Jack Bauer,
because I know how to fly this thing! For my birthday,
Stephanie told me to make sure I could get off work because
we needed to leave at 4:00 pm for a surprise birthday gift.
She made me keep my eyes closed for 45 minutes in the car while
she drove us to Scottsdale Airport and into a private hangar.
I had no idea that Stephanie had signed me up for a flight lesson.
But then we stepped into the hanger where our bird was and
I was greeted by "Ross," my instructor. Less than 15 minutes
after arriving, Ross and I took to the air in order to get the
best evening flight light. BAM!...in an instant, we were airborne and
200 feet above Frank Lloyd Wright Boulevard and Scottsdale Road.
We pierced the tip of the FLW Blvd blue needle at the intersection
and then banked north into the desert. After 5 minutes of instruction, Ross
showed me the last cabin instrument (the heater) and passed me the controls!
Of course, he held onto the instructor's controls in the left jump seat
and made necessary corrections when I drifted off course.
At first, I was really frustrated with how hard it is to fly a helicopter
(like the day I bought Little Bird – my remote-controlled heli…still battling it).
But after a while Ross folded his arms and watched me fly!
It was amazing! It just clicked for me!
The funnest thing I have ever done in my whole life!!!
The last 15 minutes of our flight it was just me and this flying machine!
I guess all those costly crashes with Little Bird in the backyard and
dining room finally paid off...I was flying the Robinson R-22 by myself!!!
So, after logging 15 minutes of personal stick time, we took it back in.
Ross showed off a little in the confined area between hangers and did a few
"bowl maneuvers" and "360's" in front of Stephanie.
It was the best birthday ever!
I'm definitely going back up for the 40 hours needed for a license.